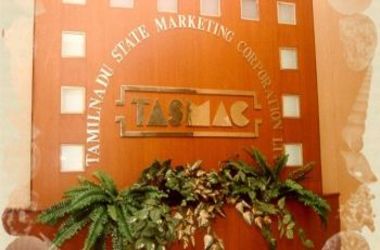 The Tamil Nadu government is set to provide allocation for climate change mitigation efforts in the revised state budget for the financial year 2021-22.

A senior official with the Department of Environment, Tamil Nadu told IANS that the budget which is to be presented in the house on August 13 is likely to have a good allocation for working on the climate change and warnings from experts on the erosion of the Tamil Nadu coastline.

Chief Minister M.K. Stalin in his inaugural address in an international seminar on 'Ensuring food and nutrition security in the context of climate change and the Covid-19 pandemic', organized by the MSSRF, said that the state government identifies climate change as a major issue to be tackled effectively with all the resources.

The report on the Intergovernmental Panel on Climate Change (IPCC) has stated the possibility of extreme weather in Tamil Nadu creating major threat to the coastline in the state. NASA in its study based on IPCC report has warned that Chennai as one of the 12 coastal cities in India may be submerged underwater by the end of the century.

The Tamil Nadu government has already prepared a report to revise the state action plan on climate change following suggestion from the Union Environment Ministry. The Tamil Nadu State Action Plan on Climate Change (TNSAPCC 2.0) was prepared with the support of a German agency and now is being revised with state-specific impacts and vulnerability following the intervention of the Union Environment ministry.

The Department of Environment, Government of Tamil Nadu is the nodal agency for implementing programmes related to climate change and is coordinating with other state agencies for submitting proposals to various bodies like Green Climate Fund (GCF) and National Adaptation Fund for Climate Change (NAFCC). These proposals are to be submitted in consultation with the National Bank for Agriculture Development (NABARD).

The state specific action plan which is the revised form of the existing TNSAPCC 2.0 will emphasise on health, gender, disaster management, mitigation, sustainable development goals and composite vulnerable index for the state and for the districts in particular which is based on the 63 indicators mentioned by the Union Environment ministry.

Union minister of Fisheries and Animal Husbandry, Purushottam Rupala had in Parliament on Tuesday said that the country's coastline is under the threat of erosion and that Tamil Nadu ranks fourth with 41 per cent of its coastal line may be eroded.

The Department of Environment is also envisaging environment awareness programme among the masses with focus on school children as part of a long term strategy to include general public in its effort to mitigate climate change and in particular the sea erosion which is an immediate threat for the state.