Government Moves the Department of Public Enterprises under Finance Ministry 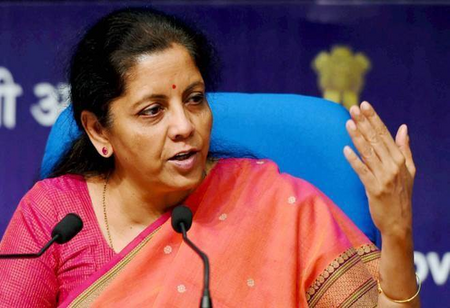 The Department of Public Enterprises (DPE) will be moved to the Finance Ministry by the government. The announcement comes just hours before a significant government upheaval. The DPE, which was previously under the Ministry of Heavy Industries and Public Enterprises, has been moved under the finance minister to make future disinvestment plans easier to coordinate.

It may be noted that Finance Minister Nirmala Sitharaman had mentioned this change in her budget speech. A notification was issued by the Central Secretariat, amending the new change. The amendment will come into force with immediate effect.

“Ministry of Finance (Vitta Mantralaya), after the sub-heading (v) Department of Financial Services (Vittiya Sewayen Vibhag), following sub-heading shall be inserted, namely:- (vi) Department of Public Enterprises (Lok Udyam Vibhag)" as per the Cabinet Secretariat notification dated July 6, 2021. The gazette notification issued said these rules may be called the Government of India (Allocation of Business) Three Hundred and Sixty First Amendment Rules, 2021. "They shall come into force at once,” the notification said.