Government has doubled the PF contribution cap for tax-free income 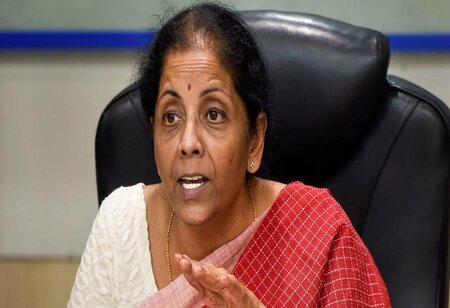 In a major relief to large number of middle-to high-income earners, the government has doubled the limit of provident fund (PF) contribution on which the interest income will remain non-taxable. While in Budget FY22, the Finance Minister proposed to tax interest income on own contribution of employees exceeding Rs 2.5 lakh in a year, the government in its amendments to the Finance Bill, 2021 has proposed to raise the limit to Rs 5 lakh. This will be applicable for all the contributions beginning April 1, 2021.

“Provided further that if the contribution by such person is in a fund in which there is no contribution by the employer of such person, the provisions of the first proviso shall have the effect as if for the words ‘two lakh and fifty thousand rupees’, the words ‘five lakh rupees’ had been substituted,” the amendment to the Finance Bill, 2021 read.

In the Budget proposal last month, the government had proposed, “to restrict tax exemption for the interest income earned on the employees’ contribution to various provident fund to the annual contribution of Rs 2.5 lakh.”

Justifying its move in February, the government stated that it had found instances where some employees were contributing huge amounts to these funds and getting the benefit of tax benefit

Justifying its move in February, the government stated that it had found instances where some employees were contributing huge amounts to these funds and getting the benefit of tax benefit. With an aim to exclude HNIs from the benefit of high tax-free interest income on their large contributions, the government proposed to impose a threshold limit of contribution at Rs 2.5 lakh for tax exemption. It has now, however, been raised to Rs 5 lakh.

On the move, Finance Minister Nirmala Sitharaman, last month, said: “This fund is actually for the benefit of the workers, and workers are not going to be affected by it…it is only for big ticket money which comes into it because it has tax benefits and also (is) assured about 8 per cent return. You find huge amounts, some to the extent of Rs 1 crore also being put into this each month. For somebody who puts Rs 1 crore into this fund each month, what should be his salary. So, for him to give both tax concessions and also an assured 8 per cent return, we thought this is probably not comparable with an employee with about Rs 2 lakh.”