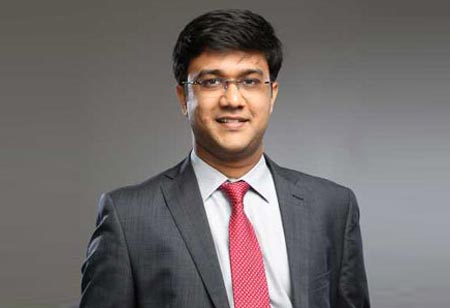 SUSHMA Group is a dynamic and rapidly growing Real Estate development Organization established to offer credibility, transparency and quality to discerning customers. The company has grown to become one of the leading developers in Punjab. SUSHMA has deliberately focused on delivering the highest standards of quality and transparency in all its activities.

The outbreak of Corona has pushed the businesses to varied trials and tribulations. The lockdown has made everyone alter their financial planning and manage their expenses in a way that they have never done before. Post covid-19 the restricted liquidity flow will make people reconsider their investment plans. Amidst the current crisis, the government has announced various measures to provide impetus to the economy of the nation.

The realty sector, which holds a prominent position in building the country’s economy, also got a gift when RBI recently announced reduction of repo rates.

The property market has always been profoundly influenced with change in loan and interest rate structures of banks. With the reduced repo rate of up to 115bps made by the Reserve bank of India during lockdown, the home loan interest rates of major banks have come down to as low as 7.2 percent. This will definitely give a boost to the real estate sector.

The major financial institutions including SBI, one of the country’s largest lending banks have reduced its home loan interest rate up to 7.15 percent and LIC Housing has also passed on the benefits of RBI’s ruling to its customers by reducing the interest rates to 7.40 percent.

Analysing the previous years’ trends, the repo rate in 2004 was close to 4.5 percent and real estate market flourished, in 2010 also the repo rate was close to 4.3 percent and a growth was witnessed in the market. The repo rates touched the level of 8 to 9 percent in the years between 2011 and 2016. Now it has again come down to 4.0 percent which is a clear indication for the real estate sector to scale up and a strong signal for forthcoming growth of the real estate sector.

These reduced repo rates have paved a smoother road for regular income groups who have to bear the burden of monthly EMIs along with paying their rents. The lower interest rates will encourage people who have been dreaming of buying their own home but had budget concerns to finally fulfil their dream.

With lower interest rates, people will migrate from the conventional investment tools like fixed deposit and look for alternate safe investment options. Also, if we compare the other investment options including share market & mutual funds have recently witnessed the debacle making real estate a secure and attractive proposition. The property prices are already moderate to low and are likely to go up which will attract more investments in the sector as the real estate sector is believed to yield stable returns. It will also mean enhanced liquidity for the developers to speed up the construction work.

However, if more banks and financial services will come forward in passing these benefits to their customers like SBI and LIC housing, the realty market will witness a boom once again like the earlier years when interest rates were low.