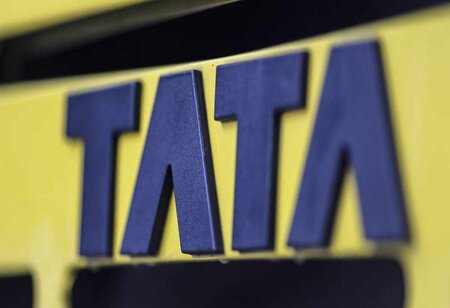 The government has fully exited Tata Communications Ltd by selling its 26.12% stake and has netted Rs 8,846 crore in the process, the Department of Investment and Public Asset Management (DIPAM) said Monday. The government has divested its holding through two steps, by selling 16.12% in TCL, previously called VSNL, through an offer for sale at Rs 5,457 crore, followed by sale of 10% stake to strategic partner at offer for sale discovered price for Rs 3,389 crore.

"With this, government exits from TCL with total proceeds of about Rs 8,846 crore," DIPAM secretary Tuhin Kanta Pandey said on Twitter. It has thus ended its 20-year-old association with the Tata Group company. Last week, the company had sold 10% stake in an off-market trade to Tata Sons’ investment arm Panatone Finvest.

On Monday, Tata Communications’ shares closed 1.6% down on the BSE at Rs 1,156.65. Tata Communications was formed after the Tata Group acquired stake in 2002 in the erstwhile Videsh Sanchar Nigam Limited, set up by the government in 1986.

Before the OFS, the three promoters--Panatone Finvest, Tata Sons and the government-held 34.80%, 14.07% and 26.12% stake, respectively, in the company. The government's holding was a big hurdle in the company's fundraising plans via equity, which meant it was dependent solely on debt funding to invest in business expansion.

VSNL was divested in 2002 by the government and the management control of the company was passed on to the strategic partner Panatone Finvest, a special purpose vehicle under the Tata Group of Companies and a non-deposit-taking core investment arm of Tata Sons.

At that time, surplus land measuring 773.13 acres at five locations in four cities -- Pune, Kolkata, New Delhi and Chennai -- out of a total of 1230.13 acres held by VSNL, was kept out of the purview of the disinvestment deal. Panatone Finvest was to de-merge or hive off the land into a realty company, for which HPIL was created as a special purpose vehicle. That portion of the transaction has been completed.