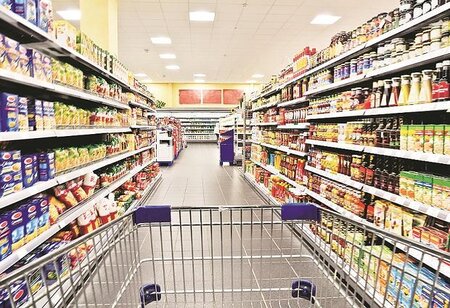 According to marketers and industry analysts, India's fast-moving consumer goods (FMCG) business grew by about 40% in June compared to the previous month, more than compensating for a dramatic drop in May when the sector fell by a third, aided by many states loosening restrictions.

“Since April, there has been a gradual sales increase every month and June saw robust demand and recovery,” stated Krishnarao Buddha, senior category head at leading biscuits maker Parle Products.

“We expect sustained demand even in July although the base last year was extremely high when consumers hoarded packaged food and staple.”

Sales last month were boosted by a 32% rise in the number of kirana outlets that reopened last month and a 6% increase in average monthly purchase, as per a study by sales automation firm Bizom, which tracks sales of 7.5 million retail stores across the country.

While June sales are still down by a fifth compared to a year ago because of pantry loading in the base year, growth during the April-June quarter has risen 8%.

Localized lockdowns started in April in a few markets, and more than two dozen states had restrictions and night curfews in May that led to the market falling by a third when about a fourth of all kirana outlets were shut notwithstanding being allowed to operate with restricted timings.