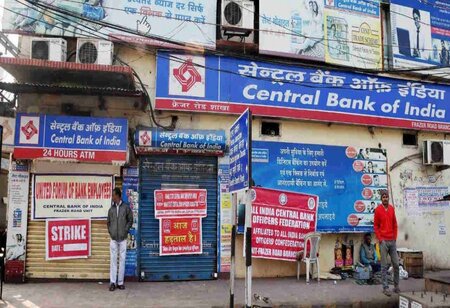 The government will “eventually” privatize most of the public sector banks and keep its presence to a bare minimum, as is the stated policy now, Finance Secretary TV Somanathan suggested on Tuesday.

Speaking at the India Policy Forum 2021 organized by economic think tank NCAER (National Council of Applied Economic Research), he stressed on the need to push subsidy reforms and improve the quality of public expenditure. Somanathan clarified that his remarks were in his personal capacity and did not reflect the views of the government of India.

On the issue of subsidy reforms, he stated that “If we are to set our fiscal house in order and also provide for the many things that governments legitimately should provide, we will need to reform some of our subsidies.”

Farm, food and fertilizer subsidies are some of the important components of government spending. “The second I would say that we need to improve the efficiency of public expenditure on education, health and infrastructure” he said.

These are reforms very difficult to execute administratively in terms of actually getting better efficiency of education expenditure, getting better quality in our schools, in terms of getting health expenditure to be used to have better outcome that is very hard to do, he added. He also mentioned that many of the technical glitches in the GST system have been fixed, it has stabilized and there will be improvement in revenue collections going ahead.

Montek Singh Ahluwalia, former Deputy Chairman of Planning Commission, stated the then government was able to push through a set of coordinated reforms in 1991, which helped the economy stabilize by 1993 but reforms continued in a gradualist manner thereafter.

On banking sector reforms, Ashok Chawla, Former Chairman, Competition Commission of India, suggested the sector needs a total makeover in terms of asset quality and governance both in public as well as private sector banks.