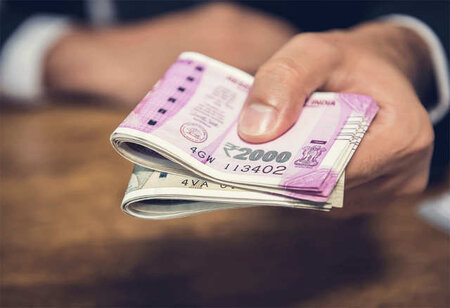 The Finance Ministry has permitted additional borrowings of Rs 1.06 lakh crore as at March-end to those states which have carried out some key institutional reforms. Last October, the Central government had linked permission for additional borrowing of 1 per cent of their GSDP (Gross State Domestic Product) to implementation of four critical reforms.

This was announced to provide an additional leeway to states in order to cope with the adverse effects of Covid-19 pandemic on the economy. Sources said additional borrowing limit of Rs 37,600 crore has been given to states for implementing the ‘One Nation One Ration Card’ system, while another Rs 39,521 of borrowing has been allowed to 20 states that implemented Ease of Doing Business reforms. While the first reform is aimed at providing ease of delivery of subsidised ration and free food, the latter is to facilitate better environment and seamless process for entrepreneurs and companies to operate.

Eleven states that have implemented urban local body and utility reforms have been given additional borrowing limits of Rs 15,957 crore. Another 17 states received borrowing limit of Rs 13,201 crore in lieu of power sector reforms. In providing leeway for extra borrowings, the Centre had stressed on the need to push reforms in citizen-centric areas and processes.

Among the states that have implemented all four reforms include Andhra Pradesh, Goa, Kerala, Madhya Pradesh, Punjab Rajasthan, Telangana and Tripura, sources said. This provides them extra cushion to borrow from the market in order to tide over any shortfalls in revenues and to push capital expenditure (capex).

States implementing at least three of these reforms get additional grants from the Centre for Capex purpose. In the fifth tranche of Aatmanirbhar economic stimulus package announced last May, the Central government announced support measures for states allowing them to raise their borrowing limit to 5 per cent of the GSDP from 3 per cent, translating into additional borrowing space of Rs 4.28 lakh crore.

However, the Centre had attached conditions for the increased borrowing space, permitting only 0.5 per cent of GSDP as an unconditional increase. The next 1 per cent was to be in four tranches of 0.25 per cent, with each tranche linked to expenditure on ‘One Nation One Ration’, urban local body revenues, power distribution, ease of doing business reforms. The last 0.5 per cent was to be allowed if at least three of four milestones are reached.

Under this reforms-linked borrowing window, states were to get access to funds of up to Rs 2.14 lakh crore on completion of all the four reforms. The Centre had announced additional fiscal leeway to states as they were asking for greater fiscal headroom to tide over the crisis triggered by the pandemic. For states completing three of the four reforms, the Centre would provide additional funds assistance of Rs 2,000 crore for capital expenditure.

The states that have implemented three of these four reforms include Himachal Pradesh, Karnataka, Odisha, Tamil Nadu, Uttar Pradesh and Uttarakhand.

For FY22, the net borrowing ceiling for states has been fixed at 4 per cent of the projected GSDP (about Rs 8.46 lakh crore), based on recommendations of the Fifteenth Finance Commission.

An amount of Rs 1.05 lakh crore, or 50 basis points of the total 4 per cent borrowing limit, has been earmarked for incremental capital by each state in the current financial year.