Dunzo App Stake in talks, to be bought by Tata Digital: Reports 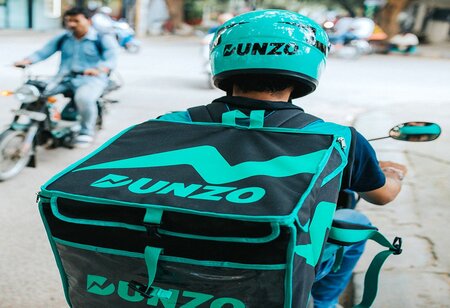 Competition in the hyperlocal field has been growing as the pandemic has led to a rush of customers to online commerce. Tata Digital, a unit of Tata Sons Ltd, has begun talks to buy close to a controlling stake in hyperlocal delivery startup Dunzo, according to resources.

The potential deal may value the six-year-old company at around $150-200 million, Dunzo Digital Pvt. Ltd, backed by Google, Lightbox and Blume Ventures, among others, had raised $40 million (around ₹290 crore) as part of its Series E funding round.

A report in April said the company was planning to raise as much as $150 million to extend its reach and become a $1-billion revenue business in the next two years. Dunzo was launched in 2015 by Kabeer Biswas, Ankur Agarwal, Dalvir Suri and Mukund Jha. In February 2020, Dunzo raised $11 million in venture debt from Alteria Capital, Alteria Capital had in November 2018 provided the company around $1 million. The emailed queries to Tata Digital remained unanswered till press time.

In October 2019, Dunzo raised $45 million in a funding round from Google, Lightbox, US-based growth equity firm 3L Capital, and South Korea’s STIC Investment and STIC Ventures. Its other backers include Blume Ventures, Kalpavriksh Fund and Patni Wealth Advisors, according to VCCEdge.

A spokesperson for Dunzo stated that the company doesn’t want to comment on speculative news and added: “We’re very surprised by the buyout question, which is not up for discussion at all. That being said, we want to highlight: Dunzo has doubled as a business in the last 75 days and processes over $200 million in annualized gross merchandise (GMV) value.”