Sitharaman directs banks to enhance coverage of SCs in all schemes 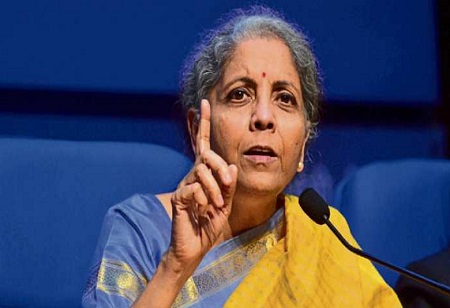 Finance Minister Nirmala Sitharaman on Wednesday called upon public sector banks to enhance coverage of Scheduled Castes (SCs) in all schemes and advised them to also look into their needs for capacity building and entrepreneurship development, as the community constitutes about 18 per cent of the total workforce of in banks and financial institutions.

Sitharaman gave these directions during a review meeting of various Central financial schemes being implemented by state-owned banks and their coverage towards the SCs.

During the meeting, which was attended by chiefs of all public sector banks and officials of the department of financial services as well as chairperson of the National Commission for SCs, the Finance Minister directed them to make proper digital records for jobs being outsourced, especially for posts like safai karamcharis, from October 1, 2022.

She emphasised on redressal of all pending grievances pertaining to the SC community and asked them to take these up on priority through special drives from October 2 onwards.

The minister also asked banks to fill up all backlog vacancies at the earliest and in a time-bound manner.

Banks were also directed to ensure forward and backward linkages through convergence of various schemes of different government departments for SCs while giving them financial assistance.

The Finance Minister said that the objective of the meeting was to bring all stakeholders on a common platform to work together in the fulfilment of the rights enshrined in the Constitution for the upliftment and betterment of the people belonging to Scheduled Castes.