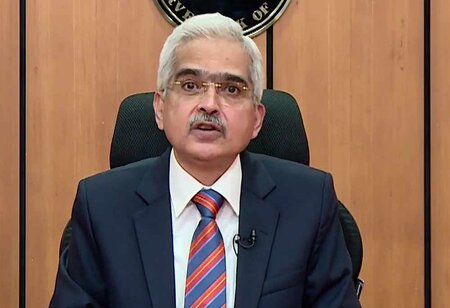 The resurgence of Covid19 infections dominated the MPC deliberations with many worrying that economic recovery could stall leading to the status quo on interest rates and accommodative monetary stance. But independent member Jayant Varma said the RBI should use many tools in its bag to bring down long term interest rates as forward guidance has failed to flatten the yield curve.

Almost all members of the MPC have expressed concerns over the surge in COVID-19 infections causing to derail the economic recovery that we saw during September'20to February'21. " Risks to the recovery have become accentuated since the MPC’s February meeting – new waves of infections and the inexorably slow pace of vaccinations; moderation in several high frequency sentiment indicators; global risks and spillovers" said internal member RBI deputy governor Michael Patra.

"Monetary policy has to remain supportive of the economy until the recovery is more sure footed and its sustainability assured" Patra said. The MPC unanimously voted for a status in policy repo rates at 4 per cent and decided to continue with its accommodative stance so long as it is required in its meeting two weeks ago. The MPC which is mandated of keeping consumer inflation in a band of 2-6 per cent seems to confident of retaining it within the band.

Even rising inflation seems to be of little concern amid rising infections which touched a single day record of 3.15 lakh on Wednesday. "The surge is a warning, however, to raise the level of care and precaution. The medical infrastructure can come under severe strain" said external member Ashima Goyal. "Rising WPI is a temporary Covid-19 related digression, although the new surge may cause some delay in reversion to normal".

The resurgence in infections is already visible in real economic activity. Although there is a positive growth in Q3'FY21, the gross fixed investment in expected to decline for the year as a whole over the previous year. The private final consumption expenditure is projected to be lower in Q3'FY21 compared to Q3'FY20. The exports and imports of goods and services for Q3:FY21 and FY21 as a whole are projected to be lower than in the previous year. "These indicators reflect the subdued demand conditions in FY'21" said external member Shashanka Bhide.

MPC communication which is also expected to impact market behaviour and achieve the desired levels of rates across tenors as reflected in a yield curve has failed its purpose according to external member Jayant Varma. "Unfortunately, forward guidance has failed to flatten the yield curve, and I see little merit in persisting with it any more" said Varma . " A flattening of the yield curve remains an important goal but, I think it must be pursued using other instruments which largely lie outside the remit of the MPC"