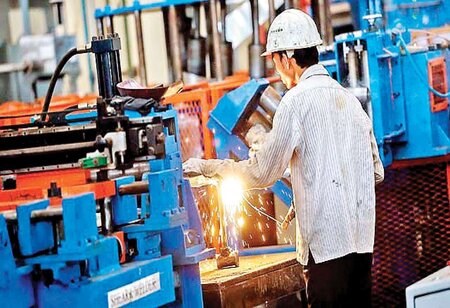 Operating profitability of the companies rose in the pandemic year 2020-21, reversing the prior two-year trend of falling profits, even as the impact on profitability and debt repayment capacity has been varied depending upon the size of the firms. Large firms made good use of low interest rates, wage costs and raw materials last year to boost operating profits. While large corporates strengthened their balance sheet, MSMEs experienced a dent in their financial performance.

In the three quarters of 2020-21 combined, corporate sector’s revenues and expenditure declined by 11.6 per cent and 15.2 per cent, respectively, while operational profit (earnings before interest and taxes or EBIT) increased by 7 per cent year-on-year, as per a recent assessment by the Reserve Bank of India. The impact of Covid-19 has been varied for firms of different size/nature of operations.

“Evidence from both advanced and emerging economies show that smaller-sized firms are relatively more vulnerable to extended periods of lockdown. Larger firms may have found it easier to cut costs compared to smaller firms during the lockdown. In India, although the interest coverage ratio (ICR) deteriorated for firms of all size categories in 2020-21, small firms appear to have been affected more by the lockdown in Q1:2020-21,” the RBI noted in its analysis on firm profitability and debt servicing capacity.

Both small and large firms, however, improved their debt serviceability ratios in Q3 to levels which are higher than pre-pandemic period. Rise in profits and a sharp decline in borrowing costs led to recovery in their interest coverage ratio. Industry-wise sectors which depend on discretionary spending by consumers were impacted more (such as hotels, recreation services, gems and jewellery). Sectors which were excluded from the lockdown (such as food and utilities) experienced relatively lower deterioration in interest coverage ratio in Q1 FY21.

After the sharp fall in sales and profitability in Q1 FY21 following the nationwide lockdown last year, companies continued with their cost cutting strategies in following quarters. Falling interest rates, low wage and other input costs, alongside recovery in sales, enabled corporate India to straighten operating profits and balance sheets in the following quarters during the previous financial year.
In Q1 FY21, average revenue from sales contracted by 32 per cent for a sample of 2,536 listed firms. Firms resorted to aggressive cost cutting measures, enabling them to lower their total expenditure by 34 per cent. Profits nosedived, endangering their debt servicing capacity. Indian corporates, however, adjusted quickly to the altered business environment. As sales recovered in Q2 FY21, cost cutting continued as the preferred path to regain efficiency and return to profitability, the RBI said.

While revenue contraction moderated to 5.3 per cent, total expenditure contracted by 12.5 per cent, enabling net operating profit to rise by 33.4 per cent in Q2. However, in Q3, revenue increased by 2.0 per cent and expenditure increased by 0.3 per cent that led to further increase in profits by 35.6 per cent. Rising profitability in third and fourth quarters helped in improving the firms’ debt servicing capacity.