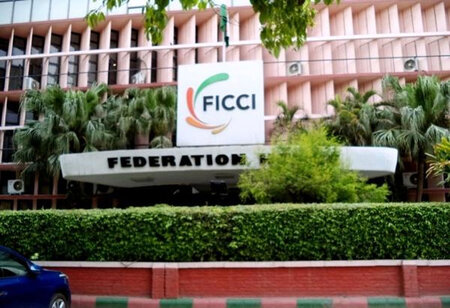 State-level lockdowns to limit the spread of infection in the second wave of Covid-19 in India have had a major impact on the operations of most firms, as per a survey by industry body FICCI and Dhruva Advisors.

58 per cent of firms reported that the state-level lockdowns had a high impact on their businesses with 40 per cent of businesses reporting capacity utilization under 50 per cent in June.

The survey, which recorded responses from 212 firms, found 61 per cent of businesses were optimistic that business performance would improve in FY22, compared to the past fiscal, with 29 per cent of firms projecting growth of over 10 per cent. Approximately a third of firms, however, stated they expected degrowth in this fiscal relative to FY21, with 22 per cent of businesses predicting business contraction of over 10 per cent.

The survey found that a weak demand scenario, high input costs and issues in financial liquidity were the key challenges that firms were experiencing in the current environment.

Most companies also called on the government to announce special relief for Micro, Small and Medium Enterprises (MSMEs) as well as an easing of the compliance burden on businesses.

FICCI stated that with the number of new cases ebbing and states getting into the unlock mode, there is hope that business and economic activities would regain normalcy in the months ahead. It further added, “even as we see signs of improvement, we must prepare ourselves well for the subsequent waves, it is evident that vaccination at scale has to be the priority if we have to beat Covid and put it behind us”.