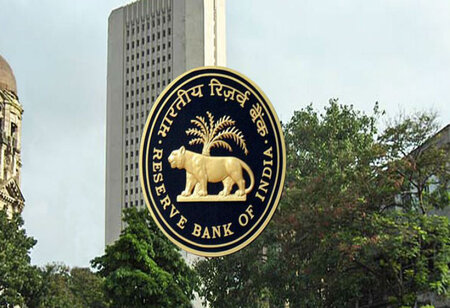 The Reserve Bank of India’s (RBI’s) monetary policy committee is being expected to keep interest rates on hold in its upcoming review meeting on Friday amid fears of inflation adding to the impact of the second wave of Covid infections, according to a Mint survey.

The RBI is likely to continue with an accommodative monetary policy later this week, according to the majority of bankers and economists surveyed by Mint. It will be the first bi-monthly monetary policy of fiscal 2022, and the announcement will be made after a three-day meeting.

“We do not see any change in repo rate (the key rate) next week even with an elevated risk of input cost and output price inflation. The policy guidance has become more open-ended and state-based amid new uncertainties and the evolving nature of the economy, with the MPC stating that the policy stance will remain accommodative ‘as long as necessary’ until growth recovers on a durable basis while ensuring inflation remains within the flexible target,” said Madhavi Arora, chief economist, Emkay Global.

Starting in 4Q2021, when the proportion of the population vaccinated reaches critical mass, we expect the RBI to start lowering surplus liquidity, raising the reverse repo rate, and change its stance to neutral

Given the devastating impact of the second Covid wave, a majority of respondents polled said the RBI will downgrade its GDP growth forecast by 1-1.5 percentage points from 10.5% for FY22.

The RBI may also keep a close eye on the upside risks to inflation. Rising input prices and supply disruptions due to the pandemic, especially in rural India, are adding to inflationary pressures. The rise in global costs of commodities such as crude oil, edible oil, metals and transportation have exacerbated domestic inflation.

Wholesale price index (WPI) inflation touched 10.5% in April, while consumer price inflation stayed within the RBI’s range at 4.30%. The majority of economists polled expect the RBI to retain the inflation target at around 5.2% levels.

“We estimate the average consumer price index (CPI) inflation to moderate to 5.2% in FY22 from 6.2% in FY21. Nevertheless, it will remain well above the midpoint of MPC’s renewed medium-term target range of 2-6%, ruling out the possibility of further rate cuts to support economic activity and sentiment,” said Aditi Nayar, chief economist, Icra.

The market is also watching for any announcement on GSAP 2.0 in July-September. According to the original plan, the RBI is to buy government securities worth ₹1 lakh crore by the first quarter of FY22 to keep the yield curve at comfortable levels.

Economists expect the RBI to start gradual policy normalisation from the fourth quarter. “Starting in 4Q2021, when the proportion of the population vaccinated reaches critical mass, we expect the RBI to start lowering surplus liquidity, raising the reverse repo rate, and change its stance to neutral. Having said that, an increase in the 4% benchmark repo rate can wait for longer in our view,” Pranjul Bhandari of HSBC said.