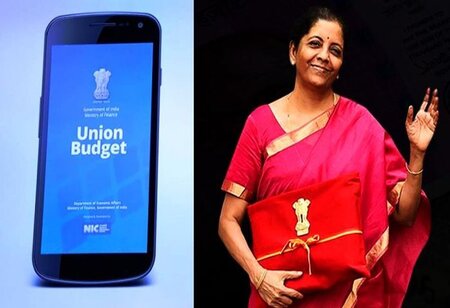 Technology has simplified several procedures in numerous industries since ages. Same is the scenario of the media industry. This time there is no need to wait for hours for the Budget transcript to be released, you can read or download it on the Union Budget App minutes after Nirmala Sitharaman, Finance Minister of India finishes her speech.

Finance Minister Nirmala Sitharaman last week launched 'Union Budget App' during the traditional Halwa Ceremony that marks the beginning of compilation of budget documents. With a dedicated Union Budget app for Android and iOS smartphones, Union Budget 2021 will go fully paperless for the first time. The decision to publish the documents for the Members of Parliaments (MP) on the mobile app is one of the measures announced by the government to reduce the risk of catching or spreading coronavirus.

Wondering from where can you get the App? Here is the answer. The App can be simply downloaded from the Union Budget Web Portal (www.indiabudget.gov.in). It can also be downloaded on both Android and iOS platforms.

The mobile App will give you access to 14 Union Budget documents, including the Annual Financial Statement (commonly known as Budget), Demand for Grants (DG), Finance Bill and more. as prescribed by the Constitution. The Union Budget Mobile App is bilingual and it provides you the convenience of reading the documents in English and Hindi.

Here are some information about the special features on the app. For you to read and understand the documents, there are features like search, zoom in and out, bidirectional scrolling, table of contents and external links and more. For your convenience, you can also print the documents. The Budget documents will be available on the Mobile App after the completion of the Budget Speech by the Finance Minister in Parliament on 1st February 2021.

Previously, the Halwa ceremony marked the launch of printing exercise for the budget. This will be the first time since the presentation of independent India’s first budget on November 26, 1947, that the documents containing income and expenditure statement of the Union government along with the finance bill, detailing new taxes and other measures for the new financial year, will not be physically printed.