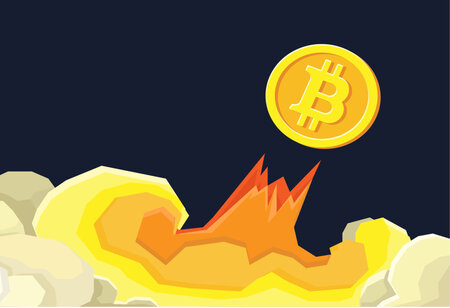 “Though it seems to be a sudden growth within three months, the gain in momentum had started since the beginning of 2020 when many western Institutions began investing in this new asset class. Tesla, Facebook, Paypal, Visa, Mastercard, many hedge funds, and even family institutions had shown interest in cryptocurrency as a hedge against their traditional investments. With these Wall Street stalwarts coming in to support the adoption, we believe that we are still at the beginning of a major curve ahead,” Vikram Subbura, Co-Founder and CEO, Giottus Cryptocurrency Exchange told Financial Express Online.

Investment banks such as Morgan Stanley and JPMorgan have also started offering their wealthy clients access to bitcoin funds. The institutional interest in the crypto ecosystem has been among the key drivers for its growth. Moreover, the direct listing of crypto exchange Coinbase last month was a watershed event in the short history of the global crypto ecosystem. This also marked the growing acceptance of cryptocurrencies in mainstream finance. The milestone would also let crypto advocates push for digital assets’ proliferation.

“Bitcoin market cap has gone up from $700 billion three months ago to about $1.1 trillion now. Ethereum market cap has also doubled from about $180 billion three months ago to over $360 billion. In my opinion, when we speak of Decentralized Finance (DeFi) – a large number of projects were added to DeFi in the last quarter. We have also witnessed the total value locked in DeFi double in this time from $35 billion to about $72 billion currently. Moreover, the non-fungible token (NFT) marketplace has taken the world by storm. More and more NFT creation has made the market more excited about the Decentralized Finance protocols. These are the three major reasons to drive the market cap of cryptos,” Ashish Mehta, Co-founder, DigitX told Financial Express Online.

DeFi is decentralized finance project which has lending or borrowing over a decentralized platform, decentralized exchanges, yield farming protocols, decentralized insurance among many others. On the other hand, NFTs, are artworks or unique memes, collectibles in tokenized forms offered over a smart contract-supported digital auction medium. For example, a digital painting by artist Beeple was sold for $69 million in March through an NFT marketplace offering. However, a majority of fund managers continue to believe in Bitcoin as a bubble. As per the April 2021 Global Fund Manager Survey of around 200 institutional, mutual, and hedge fund managers globally by Bank of America, 74 per cent respondents believed Bitcoin to be a bubble while only 16 per cent disagreed with the notion.