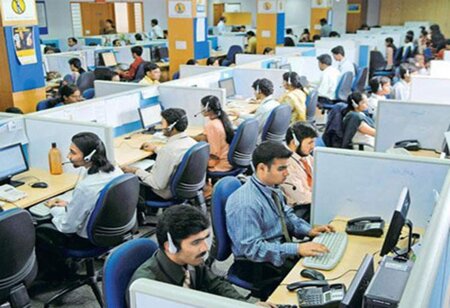 Three major cities in south India including Bengaluru, Hyderabad and Chennai dominate India's office market with the contribution of 66 per cent of the total demand for office space during the last financial year 2020-21, according to Anarock report.

The consultant noted that the main southern office market has overtaken other regions in terms of new supply, net absorption, and even rental growth. Among the top-seven cities, Bengaluru, Hyderabad and Chennai saw their share of total office leasing increase to 66 per cent in the 2020-21 fiscal year as against 47 per cent in FY18. The net office absorption in FY21 in the top cities was 21.32 mn sq ft, of which these three southern cities absorbed about 14.06 million sq ft. Mumbai Metropolitan Region and Pune absorbed 4.56 million sq ft (21 per cent) and NCR 2.3 million sq ft (a mere 11 per cent share).

During the financial year 2017-18, 31.15 million square feet of office space were leased in the top-7 cities.  Of this net absorption, the southern cities collectively accounted for 47 per cent, the western region 33 per cent and the northern region 17 per cent.

Anarock Chairman Anuj Puri said, "The remarkable growth in the office market of these three southern cities when viewed against their western and northern counterparts is directly attributable to robust demand by the IT/ITeS sector, affordable rentals, and the exponential growth of start-ups locally over the past few years." The manufacturing and industrial sectors are also driving demand in these three cities, he added.