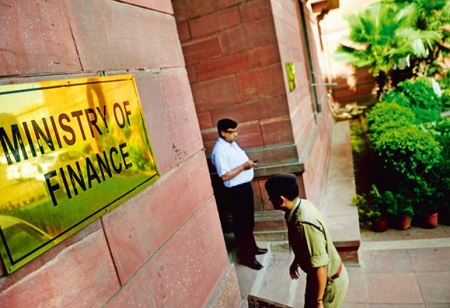 India's external debt of $620.7 billion, as at end of March 2022, is sustainable and is being managed in a prudent manner, the Department of Economic Affairs, under the Union Finance Ministry, said.

In a recent report, the Department of Economic Affairs said the country's external debt continues to be sustainable and prudently managed.

The sovereign debt at $130.7 billion rose higher by 17.1 per cent over its level a year ago, mainly because of additional allocation of special drawing rights (SDR) by the IMF during 2021-22.

Experts had said that the external debt of $620.7 billion need not be a concern as $490 billion is non-government and the share of government is only $130.8 billion.

Of the non-government debt, the share of non-financial corporations was about $250.2 billion.

Further, the total debt of $620.7 billion as a percentage of gross domestic product (GDP) was 19.9 per cent and the debt service ratio was 5.2 per cent.

Experts also said India cannot be compared with Sri Lanka that is in a severe economic crisis.

The share of the central government in short term debt - maturing in a year's time- is only $7.7 billion out of the total $267 billion, experts had said.

Commercial borrowings, NRI deposits, and short-term trade credit are the three biggest constituents of the non-sovereign debt, accounting for as much as 95.2 per cent.

While NRI deposits declined by two per cent to $139 billion, commercial borrowings at $209.71 billion and short-term trade credit at $117.4 billion rose by 5.7 per cent and 20.5 per cent, respectively.

The debt service payment obligations arising out of the stock of external debt as at end of March 2022 are projected to trend downwards over the coming years.

From a cross-country perspective, India's external debt is modest. In terms of various debt vulnerability indicators, India's sustainability was better than the Low-and Middle-Income Countries (LMICs) as a group and vis-a-vis many of them individually.

According to the report, the US dollar continues to be the leading currency of denomination accounting for 53.2 per cent of the total as at end March 2022.

Deposits in Non Resident (External) Rupee Accounts (NR(E)RA), NRO accounts and FPI investments in Gsec and corporate bonds are among the components of India's external debt, denominated in Indian rupees.