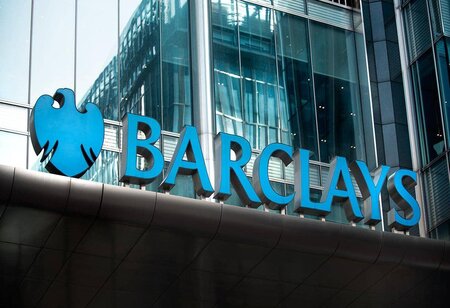 Following a restructure in 2016, Barclays Plc plans to make important appointments in investment banking and wealth management across Asia next year as the British lender prepares to re-enter some of the world's fastest-growing markets.

According to Jaideep Khanna, chief executive officer of Barclays Asia-Pacific and India, the bank is working to rebuild some of the markets it left behind and is looking to develop in China, India, Singapore, and Australia. It is also recruiting in Japan and Hong Kong.

"In the region, we are profitable, and I fully expect that to continue in 2022." "In an interview, Khanna, 56, stated. "Our focus will be consistent - we'll try to stick to our strengths." There are enough areas for us to drive returns today, and that is where we are concentrating our efforts."

Barclays is expanding in Asia five years after former CEO Jes Staley launched a global round of job cuts that resulted in the closure of its cash securities operations across Asia. The Bank then reduced its operations in countries such as Australia, South Korea, and Malaysia but retained its prime brokerage and derivatives operations in the region.

"Barclays in 2021-22 is a very distinct business than it was before 2016." "Khannastated. "It's much more focused now, producing better returns with more local knowledge and self-awareness."

As President Xi Jinping opens up one of the world's largest banking markets to foreign competition, the bank joins rivals such as HSBC Holdings Plc. and Standard Chartered Plc in beefing up its presence in Asia, with a focus on China. This year, Barclays has made several strategic appointments in the region, including a regional head of distressed debt and special situations debt trading.

"We are small in China, but we see the potential and want to continue to invest there in a calculated and deliberate manner." "He stated. "Diversification is the holy grail of financial services." This has saved businesses."

Compared to competitors such as UBS Group AG and Citigroup Inc., Barclays currently has a small presence in China, with a single branch and a representative office.

After a flurry of bonds and investments in the South Asian nation, Barclays plans to invest just over $400 million to grow its corporate, investment, and wealth management businesses in India, where it has the most employees outside of the United Kingdom.

According to Khanna, Barclays is "probably the only international bank of our size and stature that has the regional CEO based out of India - that gives you a sense of how important India is."

He also stated that Barclays intends to expand its private banking business in Singapore and investment banking in Australia by hiring locally. The bank owns a stake in the Australian advisory firm Barrenjoey Capital Partners, which hired several prominent dealmakers from banks like UBS and JPMorgan Chase & Co. last year.