Auto, retail and SMEs sector may face the brunt of 2nd Covid-19 wave 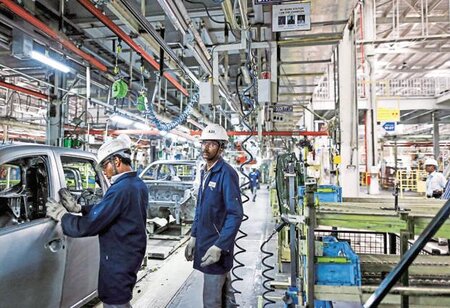 As state after state imposes lockdown-like restrictions in order to push back the second wave of the coronavirus pandemic, analysts are expecting a slowdown in business and a decline in incomes and spending, with consumer-facing sectors and small and medium-sized enterprises (SMEs) expected to face the worst. Sectors such as hotels, aviation, consumer retail, tour and travels, multiplexes, autos, financials and select consumer discretionary sectors are expected to be the worst impacted, analysts said.

Amit Shah, head of India equity research at BNP Paribas said the impact will be similar to that of 2020 in terms of consumer response, but the magnitude will be materially less severe. “The current lockdown is less harsh than what we had seen last year and also we are better equipped to deal with the spread of Covid-19 from an economic standpoint. So, select pockets of demand which are directly impacted like consumer retail, travel and tourism would take an immediate hit from a demand perspective,” Shah said.

As consumers are unlikely to replace their one-year-old air conditioner units and cookware this year, several sectors that had benefited from pent-up demand in 2020 won’t have the same demand support, the report said

He estimates that demand, especially for discretionary items, will once again take a back seat. From a market perspective, high-beta sectors such as auto, financials and select consumer discretionary sectors will be impacted. As a result, sectors such as IT and pharma, which are viewed as defensive buys, along with consumer staples, will be back in favour, at least from a near-term perspective, he said.

The first order impact of the second wave will be on the same set of economic sectors as those in the first wave but the second order impact may be somewhat greater. “Recovery for these sectors will, without a doubt, get further postponed,” a Nomura report said.

As consumers are unlikely to replace their one-year-old air conditioner units and cookware this year, several sectors that had benefited from pent-up demand in 2020 won’t have the same demand support, the report said. It said the recent market correction prices in a limited fallout from the second wave. Indian markets are already down nearly 8% from the record levels hit in February this year post the Union budget. Both the benchmark indices have shed around 3-4% so far this month, compared to the 20% fall in March 2020 as a reaction to the lockdown.

Nomura believes that poor economic sentiment is mirrored in weaker loan growth, which is likely to remain tepid until the impact of Covid-19 is fully minimised. But, it added that the second wave in India is not an outlier. Among the top 30 countries by GDP, 16 have had a third or fourth wave. “Until enough people develop antibodies, we will continue to witness such waves,” Nomura said.