RBI is likely to keep its policy rates unchanged 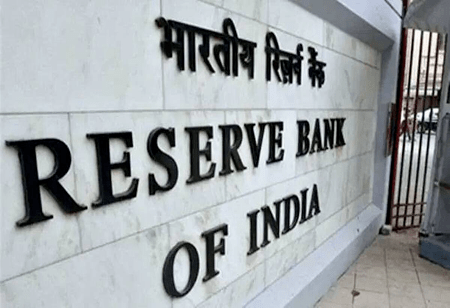 The Reserve Bank of India (RBI) is likely to keep its policy rates unchanged at its monetary policy committee (MPC) meeting this week amid the uncertainty created by a surge in Covid-19 cases, according to a survey conducted by mint. The central bank is also likely to continue with an accommodative monetary policy to sustain the nascent economic recovery, according to the majority of 10 bankers and economists surveyed by Mint. The RBI will announce its first bi-monthly monetary policy of 2021-22 on April 7 after a three-day meeting of the MPC.

“The upcoming policy is against the backdrop of a nascent recovery and fears of our country seeing a resurgence of the pandemic. The MPC members will yet another time have to do the tightrope walk in such a scenario, being mindful of stretching the elastic too wide. We are, therefore, of the view that the case for status quo and extended pause remains. The last thing the central banker would want to do is tweak policy amid uncertainty. The case for maintaining adequate liquidity and gradual normalising over time remains,” said Lakshmi Iyer, chief investment officer (debt) and head of products, Kotak Mutual Fund.

We expect the process of liquidity normalisation to begin in mid-2021, the policy stance to shift to ‘neutral’ from ‘accommodative’ in Q3 (July-September) and a 25 basis points (bps) reverse repo rate hike in Q4

In his speech last month, RBI governor Shaktikanta Das said the regulator is fully committed to using all its policy tools to secure a robust recovery. All the participants in the survey said the RBI will also keep the GDP growth forecast of 10.5% for the new fiscal year unchanged. However, rating agencies and the World Bank have upgraded their GDP estimates for India as economic prospects improved. The World Bank expects India’s GDP to expand 10.1%, while Moody’s estimates it to grow at 12%. The RBI’s February monthly bulletin had suggested all high-frequency indicators point to a recovery based on a revival of consumption, but private investment is lagging behind despite a growth-promoting budget.

On inflation, two of the 10 survey participants expect the RBI to revise its inflation forecast for the second half of the fiscal due to rising input costs, high commodity prices and sticky core inflation. The RBI, in its February policy, projected inflation at 5-5.2% in the first half of FY22 and 4.3% in the third quarter.

Investors, however, remain divided over when the RBI will start the liquidity normalisation process. Some expect it to keep liquidity accommodative for a longer period owing to concerns over the economic impact of the second wave of Covid-19 and also due to the large government borrowing programme. But some others expect the central bank to start liquidity normalisation as early as the second half of this year if it feels more confident about the pace of the recovery.

“We expect the process of liquidity normalisation to begin in mid-2021, the policy stance to shift to ‘neutral’ from ‘accommodative’ in Q3 (July-September) and a 25 basis points (bps) reverse repo rate hike in Q4,” Sonal Varma and Aurodeep Nandi, economists at Nomura, said in a 16 March note.