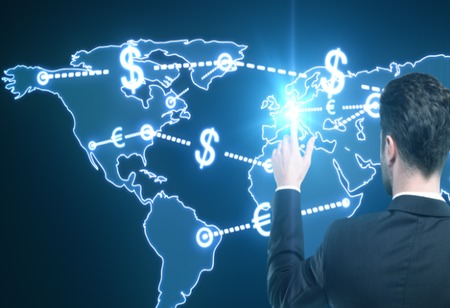 Low value – adding services are supportive in nature; are not part of the core business of the MNE; do not require the use or creation of unique and valuable intangibles and do not involve the creation of significant risk. Examples of low value – adding intra-group services are accounting, auditing, accounts receivable/payable, human resources, legal, tax, information technology services not forming part of principal activity of the group, etc. But R&D, manufacturing, sales, marketing, distribution and corporate senior management are not “low value-adding services”. If the MNE meets the (a) documentation and (b) reporting test as also satisfies the “benefit test”, the MNE would be entitled to claim the deduction for low value-adding intra-group services.

A rigorous transfer pricing analysis by the taxpayers would be required to ensure that transfers of hard-to-value intangibles are priced at arm’s length. Hard to value intangibles are intangibles for which no reliable comparables exist, and financial projections or other assumptions for valuation are highly uncertain. However, this guidance would be finalized once the profit split method for pricing intangible transactions is revised.

Indian multinationals whose annual group revenues exceed Euro 750 million, will have to file country-by-country reporting (CbCr). It is clarified that CbCr will not be used for making transfer pricing adjustments but the CbCr will give the Indian tax authorities the needed information on the global value chain, economic activity and taxes paid, etc.

Fragmentation of activities between related parties

The OECD action plan has revised the definition of “permanent establishment” to prevent abuses. Multinational enterprises artificially fragment their operations among multiple group entities to qualify for their exceptions to PE status for preparatory and ancillary activities. A major issue is transfer pricing and enforcement of the arm’s length principle. Transfer pricing outcomes should be in line with value creation. In this regard, it is contemplated to modify the specific activity exemptions in the PE definition and to introduce anti-fragmentation provisions.

Alternatively, if a country considers the exclusions as intrinsically preparatory or auxiliary in nature, it has been left open to the country not to enforce this additional condition, subject to introduction of anti-fragmentation provisions. Specifically, the anti-fragmentation rule is aimed at precluding an enterprise or a group of closely related enterprises from fragmenting a cohesive business operation into small but complementary functions, in an attempt to benefit from the exclusions to the PE definition.