YES Bank, Paytm, HDFC Bank, Vedanta, Tata Power, And Others Will Be In Focus In Wednesday's For Shares Trades 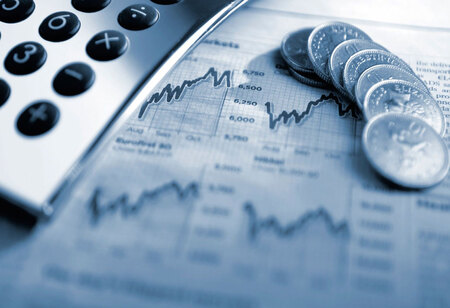 One97 Communication, which is the board of Digital financial services firm One97 Communications (OCL), and is the owner of the Paytm brand, on Tuesday announced an Rs 850 crore share buyback scheme through the open market route to shore up its collapsing stock price. Paytm shares ended at Rs 538.40 on BSE on Tuesday. The maximum size of the buyback of equity shares from the open market route through the Indian stock exchanges is Rs 850 crore, excluding buyback tax, at a price not exceeding Rs 810 per share.

One of the renowned companies called Mortgage lender HDFC Ltd on Tuesday said it had received approval from exchanges for the transfer of non-convertible debentures (NCDs) to its subsidiary HDFC Bank. This is part of its plan to facilitate the merger of HDFC Ltd with HDFC Bank. Touted as the biggest transaction in India’s corporate history, HDFC Bank on April 4 agreed to take over the biggest domestic mortgage lender in a deal valued at about USD 40 billion, creating a financial services titan. Another renowned company, Adani Transmission on Tuesday said it had incorporated a wholly-owned subsidiary Adani Cooling Solutions Ltd. According to a regulatory filing, the subsidiary was incorporated on Monday with an initial authorized and paid-up share capital of Rs 1,00,000 each to carry on the District Cooling System business. The entity will commence its business operations in due course, it added. A topnotch company Piramal Enterprises on Tuesday announced that the company’s wholly-owned subsidiary, Piramal Capital & Housing Finance Limited, has acquired a 100 percent stake in PRL Agastya Private Limited for a cash consideration of Rs 90 crore. PRL Agastya is engaged in the business of construction and development of real estate projects. The objective of the acquisition is to acquire office space.

Vedanta Group on Tuesday said that it had signed pacts with 30 Japanese technology companies to develop an Indian semiconductor and glass display manufacturing ecosystem. The pacts were signed at the Vedanta-Avanstrate Business Partners Summit 2022, held last week in Tokyo, Japan. The summit was attended by more than 200 delegates from over 100 global companies.

The private lender said private equity majors Carlyle Group and Advent have picked up a 9.99 percent stake in the bank. The two private equity funds would increase in about Rs 8,896 crore in Yes Bank with the full conversion of warrants into equity.

India's renowned Tata Power has received shareholder approval to appoint former Union home secretary Rajiv Mehrishi as an independent director on its board. The special resolution for the appointment of Mehrishi as an independent director was passed with the requisite majority, according to a regulatory filing on Tuesday. Mehrishi is a retired Indian Administrative Service (IAS) officer of the 1978 batch belonging to the Rajasthan cadre and has a wide experience of over 42 years.

State-owned Bank of Baroda (BoB) on Tuesday said it plans to sell its majority stake in Nainital Bank. The board of directors of the bank has approved the divestment of its majority shareholding in Nainital Bank Limited (NBL) and authorized the issuance of an advertisement inviting Expressions of Interest (EOI) through a Preliminary Information Memorandum (PIM) from interested parties (IPs), the lender said in a regulatory filing. Bob currently holds 98.57 percent of the total equity share capital of NBL.

Power trading solutions provider PTC India on Tuesday said Mohammad Afzal had been appointed as power ministry nominee director on its board. The board has approved Afzal’s appointment in a circular resolution on December 12, 2022. He is a Joint Secretary (Transmission) in the Ministry of Power. Afzal holds M.E. (First with Honours) in Power System Engg. degree from the then University of Roorkee (Now Indian Institute of Technology, Roorkee).