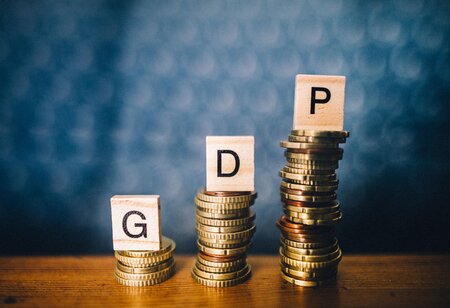 India’s economy, which is South Asia’s largest, is expected to grow by 8.3 percent in the fiscal year 2021-22, aided by an increase in public investment and incentives to boost manufacturing, according to the latest report from the World Bank and backed shifting to a services sector-led growth model for the region to strengthen the recovery.

“Real GDP in the current fiscal year is expected to grow by 8.3 percent, which is consistent with the last forecast from June 2021, and a 1.8 percentage point downward revision from the forecast in March 2021,” said the World Bank’s Fall 2021 economic update for South Asia. Growth is forecast to moderate to 7.5 percent next year. The Reserve Bank of India estimates GDP growth to be 9.5 percent in the current fiscal year while government officials say it could be closer to 10 percent given the sharp recovery that is underway. The acceleration in vaccination has also lent comfort to a more sustained recovery.

It said that the projected growth is supported by an increase in public investment to boost domestic demand and production-linked incentive schemes to boost manufacturing.
“Over the next two years, as the base effect fades, growth is expected to stabilize at around 7 percent, aided by structural reforms to ease supply-side constraints and
infrastructure investment. In the medium term, uncertainty around asset-quality deterioration from the pandemic, higher-than-expected inflation, and slow recovery in the informal sector are the main downside risks,” according to the report.

Hans Timmer, World Bank’s chief economist for South Asia said the current GDP growth projection of 8.3 percent is in line with a global report (Global Economic Prospects) that the World Bank published in June of this year, after the health crisis.

“Recent economic data are still consistent with that number, in our view. Throughout the pandemic, we have used a range for India’s growth this year from 7.5 percent - 12.5 percent, because of the uncertainties. The latest numbers indicate that we are at the lower end of that range,” Timmer told TOI over email.

He said the main risk for India is the fragility of the financial sector. “Some of the risks in the financial sector are hidden by the support measures, but a potential rise of non-performing loans is of concern. A second risk is another COVID-19 wave with new variants emerging. That is why it is so important to further accelerate the vaccination program. A third risk that we are analyzing in the report is a loss of momentum in the global economy,” said Timmer.