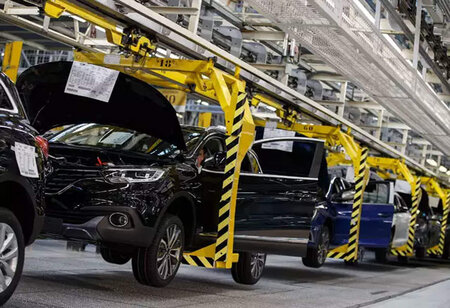 India’s top passenger vehicle makers plan to start expanding capacities as lockdown is relaxed on hopes that sales will start to recover as Covid-19 count begins to decline and states start unlocking slowly, stated the source aware of production schedules.

Maruti Suzuki India Ltd, the country’s top carmaker, is expected to produce 165,000-169,000 vehicles in June, increasing it to 174,000 vehicles in July as per the sources. In April, when India was in the grip of the pandemic the Suzuki Motor Corp. unit made 157,585 vehicles.

Tata Motors Ltd plans to boost passenger vehicle production to 25,000-30,000 units by July, claimed the sources. The automaker has been encouraged by a decline in cases in Maharashtra and Gujarat.

Hyundai Motor India, though will have to limit production to just 47,000-48,000 vehicles in June, including exports, as the firm has not been able to add a third production shift at its factories due to the prevailing high number of cases in the state. The South Korean firm produced 57,100 vehicles in April.

Companies such as Maruti Suzuki, Mahindra and Mahindra and Tata Motors are also expected to benefit from a good summer crop this year, which may lead to a faster-than-expected recovery in the rural and semi-urban markets.

Automakers have been encouraged by factors such as prevailing high order book and growing preference for personal mobility in rural and urban areas to avoid infections. With dealer stocks at most passenger vehicle makers currently at less than a month, companies are pushing to step up production as they expect sales to recover from August onwards once economic activity gathers pace.

Companies such as Maruti Suzuki, Mahindra and Mahindra and Tata Motors are also expected to benefit from a good summer crop this year, which may lead to a faster-than-expected recovery in the rural and semi-urban markets. However, a spokesperson for Maruti Suzuki declined to comment, the emailed queries to Tata Motors and Hyundai on Tuesday remained unanswered.

The industry came under pressure from the first week of April when Maharashtra began strict lockdown measures. Delhi, Haryana, Karnataka, Tamil Nadu and others followed suit. Maruti Suzuki, Hero MotoCorp Ltd, Hyundai and others either stopped production or reduced output significantly. Some like Bajaj Auto Ltd, however, continued to operate with limited capacity to meet export orders.

“Companies in the southern states like Hyundai are not able to manufacture as much as they want and are now able to function with two shifts instead of three. Also, due to the high caseload there, employees are also reluctant to join work. So, an increase in production there might depend on when the states unlock,” stated by the source.

“We expect a stronger FY22 on a very low base of H1FY21. However, the growth will be lower than our earlier expectations as the second wave has hit the country badly,” analysts of LKP Securities said in a note.