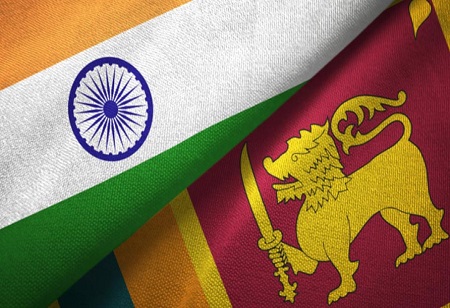 Surpassing China, India has become the largest bilateral lender to Sri Lanka by disbursing a total of $968 million in loans in four months of 2022, according to a media report.

Notably, with its predatory lending policy, China has maintained its position as the largest bilateral lender to Sri Lanka in the past five years. From 2017 to 2021, China has disbursed around $947 million. Out of the total lent amount, $809 million was obtained as market borrowings from the China Development Bank, as per a report.
Also Read: Sri Lanka won't be part of any Indian Ocean turf war: President Wickremesinghe

According to the report, Asian Development Bank(ADB) has been the largest multilateral lender in the past five years by disbursing an amount of $610 million in 2021.

India has disbursed $377 million and ADB has disbursed $360 million. The collective amount was equal to 76 per cent of the total disbursements that were made to the island country till April 2022, as per a report.

On the other hand, India's India's Permanent Representative to the UN Ruchira Kamboj informed about the funds that were provided to Sri Lanka. At a UNGA Annual Joint Debate on the Reports of Peacebuilding Commission (PBC) and Peacebuilding Fund (PBF), Ruchira Kamboj said India has provided $ 4 billion in food and financial assistance to Sri Lanka.

"In our immediate neighbourhood, we are continuing to help our good friend and neighbour Sri Lanka to ensure food security by providing nearly $4 billion in food and financial assistance during the past few months," Kamboj said.

In addition to this, India handed over 21,000 tonnes of fertilizer to Sri Lanka in August. The High Commission of India in Colombo, Sri Lanka in its tweet regarded the step as an initiative to boost friendship and cooperation between the two nations.

Since the arrival of COVID pandemic, Sri Lanka is battling its worst economic crisis with extreme inflation in the country as a result of fuel and food scarcity. During the time of crisis, India has been at the forefront to help the nation and providing economic assistance to Sri Lanka.

The nation is also facing an extreme crunch of foreign reserve exchange that has reduced its power to import essential commodities including fuel and food. People are witnessing constant power cuts and petrol shortages in Sri Lanka.