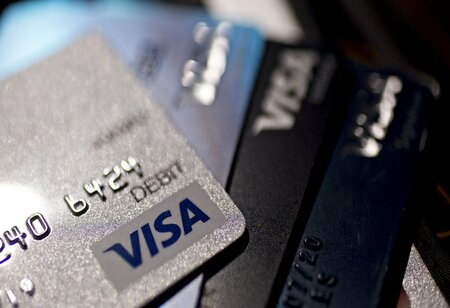 A CBDC is an electronic record or digital token of a country's official currency.

Visa will begin piloting a programme with blockchain software firm ConsenSys after discussions with 30 central banks about goals related to government-backed digital currencies, the report said.

"We think that stablecoins and CBDCs will coexist in the future and there'll be a number of different approaches to creating products based on that, the Bloomberg report quoted Cuy Sheffield, Visa's head of crypto, as saying.

Nigeria and the Bahamas are among the countries already circulating CBDCs. China is piloting a digital yuan, which it plans to roll out at the Beijing Winter Olympics.

In India, the RBI is considering various aspects related to CBDCs and cryptocurrencies and has said it plans to launch a pilot project for India’s official digital currency. But RBI Governor Shaktikanta Das in December said that the central bank needed to have a robust system in place to safeguard consumers from cyber fraud before launching a digital currency.

The RBI has also said the CBDC will come in two types—retail and wholesale. The retail CBDC would be used like a digital extension of cash by all people and companies, while the 'wholesale' CBDC could be used only by permitted institutions as a settlement asset in the interbank market.

RBI Deputy Governor T. Rabi Shankar said that most of the work has been done on the wholesale version while some more work is needed on the retail digital currency.