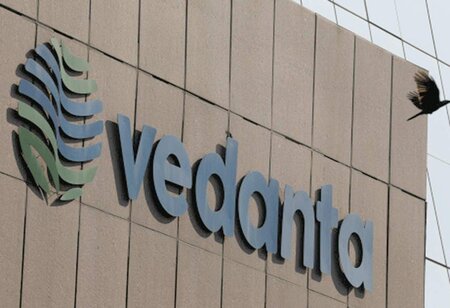 Anil Agarwal-led Vedanta Limited on Wednesday said that their board has approved an interim dividend of Rs 18.50 per share for FY22, amounting to Rs 6,877 crore. This is the company’s first dividend for the current fiscal with the record date set for the purpose of payment of this dividend on September 9, 2021.

The Vedanta Limited dividend declaration announcement comes following Hindustan Zinc’s announcement on August 17, regarding deferment of decision on likely interim dividend for fiscal FY22.
Accordingly, the zinc producers in its exchange filing also said that the record date of August 26, 2021 as initiated earlier stands called off.

Vedanta Limited standalone net profit for June quarter stood at Rs 3,336 crore, while the consolidated net profit in the period under review stood at Rs 5,282 crore. The company is a diversified natural resource company with business operations in India, South Africa, Namibia, and Australia.

In May 2020, Hindustan Zinc Limited had declared close to Rs 7,000 crores of dividend. Vedanta holding stake in the zinc producing company received a sum of Rs 4,500 crore, which it was supposed to pass on to the Vedanta shareholders in entirety as per the Dividend Distribution Policy (DDP) of the company. Vedanta, however, departed from the formulated policy as it did not pass on the dividend received to its shareholders.