US Taking Steps To Facilitate Issuance Of Business Visas In India 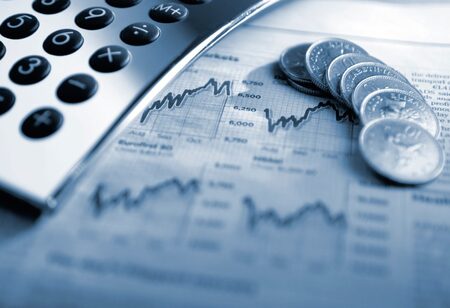 On Tuesday, the United States stated that it has been a significant progress in issuance of business visas in India and the Americans are taking several steps such as increasing the number of staff for further facilitation of the process.

Arun Venkataraman, US Assistant Secretary of Commerce for Global Markets, also said that "incredible" progress has been made for issuance of visas for students here.

"We are doubling the number of direct hires, we have to facilitate the issuance of visas here at the embassy and we are also working to bring on diplomatic spouses to also work in the process in the areas of visas.

At the business side, "we have also made significant progress by issuing more H1B and L visas in 2022 than we did even in 2019 before the pandemic, that is a significant improvement. We are in the process of ramping up our staff... Is there more work to do? Yes, there is more work to do and we are committed to doing that.

"So we are continuing to take steps... We have already made progress and are issuing more visas than we ever did before," Venkataraman told reporters here. He added that the serious challenges were there with regard to issuance of visas which was driven primarily by the pandemic. "As you can imagine, during the pandemic, we had to significantly reduce our operations and we are unable to issue visas in that context. I am pleased to say that we have really rebounded from that situation, we have taken a number of concrete steps to facilitate the issuance of visas," he said.

Recently in Washington, Commerce and Industry Minister Piyush Goyal stated that India discussed with the US the inordinate delays in issuance of business visas to the people from India.

"We found very good resonance to our request that issuance of business visas which is taking a long time back home in India is an area which needs to be expedited so that business persons interested on both sides -- the US businesses and Indian businesses -- need to have faster processing of business reasons, so that trade and investment and business does not suffer," Goyal said.

Goyal made the statement at the conclusion of India-US Trade Policy Forum meeting that he co-chaired with the US Trade Representative Katherine Tai.

India has made the request to the US that they may speed up the issuance of regular business visas when people come in for short trips to pursue their trade and business interests.

Venkataraman also talked about the US Commerce Secretary Gina Raimondo's visit here in March this year.

She will be accompanied by a high-powered delegation of top American CEOs, besides joining Commerce Minister Goyal in the India-US CEO forum and US India commercial dialogue.

The visit, he said, will be a launch pad for significantly enhancing engagement between the two countries.

"Companies in each country are doubling down on the India-US economic corridor and our governments have a shared commitment to ensure that our respective private sectors continue to play a vital role in enhancing each government's domestic objectives as well as our shared objectives around the world," he added.

On the bilateral trade target of USD 500 billion, he said India-US trade is moving in a consistent direction upwards.

"We were able to cross USD 160 billion last year. Off-course Covid (pandemic) did interrupt that trajectory... but the trajectory remains the same which is consistently upwards. I think both our governments believe that we are far short of our potential. For economies the size of ours... that number should be far more than USD 160 billion," he said.

He added that the USD 500 billion target is obviously still far away from that and that is why "we are working" with the private sector to identify what are the strategic elements that "we can change" to create the environment to not just hit that target but also move well past that in the long-term.

The US also supports measures to strengthen its manufacturing base and welcomes the steps taken to encourage companies to manufacture.

"All the actions that the government can take to not just provide incentives but address some of those regulatory issues as well as continue the strong work that the government has done to strengthen the infrastructure base in the country," he said.

"So the more we impose duties on those products on components , the harder it is to integrate in the global supply chains. So we look forward to seeing the government continue to take steps in that direction," Venkataraman said.

On the question about India not joining the trade pillar of the Indo-Pacific Economic Framework (IPEF), he said India has chosen to participate in three of the four pillars and "we welcome" that participation.

"It is up to the Indian government to decide if or when it might join the first pillar," he added.