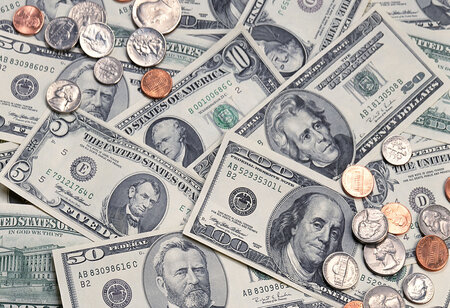 US equity futures slipped while European stocks held steady on Monday as investors awaited a fresh round of the corporate earnings with global shares sitting at record highs. The dollar slid. S&P 500 Index contracts dropped modestly from a record chalked up last week as the earnings season continued, with IBM and United Airlines Holdings Inc. due to report. Shares in the Coca-Cola Company rose in pre-market trading after comparable earnings per share beat analyst estimates. In Europe, the Stoxx 600 Index pared an earlier advance to trade little changed.

Robust economic data from China and the US last week helped push the MSCI All-Country World Index to another record despite concerns surrounding the spread of Covid-19 variants. New infections in the past week surpassed 5.2 million, the most since the pandemic began.

Elsewhere, Bitcoin pared losses after tumbling the most since February over the weekend

The risk of another destabilizing increase in borrowing costs has also subsided, as bond yields have pulled back from recent highs. This week traders will look for further confirmation of the private sector’s recovery from the pandemic as the earnings season gathers pace.

“Our current view is that with short-term interest rates set to remain low for the medium term and our expectation that earnings will continue to increase, it is unlikely that the increase in long-term interest rates will trigger an equity market fall,” Russel Chesler, head of investments and capital markets at VanEck Australia, said in a note. Elsewhere, Bitcoin pared losses after tumbling the most since February over the weekend.