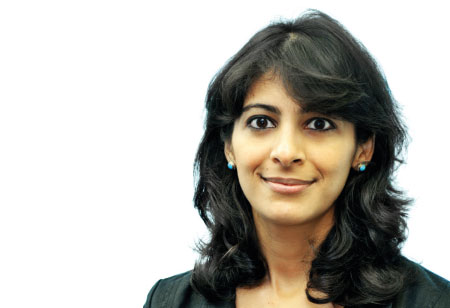 India’s targets for renewable energy output over the next 5 years are ambitious and well known. In June 2015 the Indian government announced plans to install 175 GW of renewable energy capacity by 2022, including ramping up India’s solar power capacity target under the National Solar Mission by five times, to achieve 100 GW by 2022.

Equally well known are the challenges that the renewable energy sector is facing in India. In the solar power industry, tariffs are falling with each subsequent auction, state governments are asking power producers to reduce tariffs retroactively which threatens to send their business plans in a tizzy, and there are concerns among developers that state electricity distributors (‘discoms’) may not honour electricity offtake commitments in power purchase agreements (PPAs) that were signed when tariffs were higher. It has been widely reported that the discoms of UP and Tamil Nadu have asked solar power project developers to cut rates of electricity agreed upon in earlier contracts.

Add to this the curious problem of too much solar and wind power being produced in some states which they are unable to use or transmit to other states. This is due to the geographic spread of India, the fact that installed solar and wind power capacity is highly concentrated in a few states and the fact that many state grid operators and transmission lines cannot efficiently transfer solar power from one state to another.

On the one hand, these factors are making it difficult for developers in the renewable energy sector to bid for projects and to raise debt and equity funding. On the other hand, investors are finding it difficult to find attractive investment opportunities that will withstand the vagaries of the market, the environment and the regulatory landscape, in the long run.

However, reduction in solar power tariffs is not necessarily a change for end users of power, discoms or the environment. Solar power tariffs are falling due to plunging prices of solar modules in China and globally, which should be good news for the solar power sector in the long run. Equally welcome should be the commitment of foreign developers to this sector. They have deep pockets and are taking a long-term view of the Indian solar industry, short term reduction in tariffs notwithstanding.

The low tariffs, combined with the low cost of solar panels, will ultimately lead to a change in project valuations and investment theses, which is not necessarily a bad thing for the renewable energy sector in India. Deal making in this sector should return as the long-term potential of the sector remains positive. In light of this, investors should be looking at certain fundamental issues related to the sector, as they evaluate deals in this sector, whether they are considering making equity investments in developers or partnering with developers for new projects.

Some of the issues that Kroll helps clients evaluate include:

• How land for the project was acquired and if there are any legacy issues that the investor should be worried about. We often focus on the developers’ political connections and how changing political environment may impact the project, it's financing, uptake of power and the overall investment thesis

• We help investors gather discreet and independent information on the quality of equipment that the developers are using, given that face tremendous pressure to reduce costs in light of the falling solar power tariffs.

• Understand the corporate governmance standards of the developers and the management teams, in terms of procurement, recognition of revenues and costs and other indicators of the true performance of a project or company.

• Often, we help investors understand if a project is scalable in terms of infrastructure used by the developer.

In Kroll’s experience, a poor local management culture, lax accounting processes and corporate governance practices can lead to the creation of an environment that is ripe for fraud. Our investigation can help clients understand the full scope of the issues, decide whether they should go ahead with a transaction and ultimately, to chart an improvement plan so as to mitigate the risk of corruption, fraud and poor management of a project.