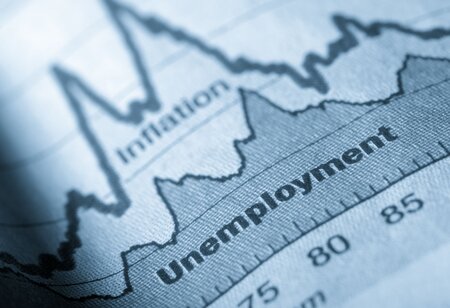 India’s unemployment rate improved to a six-week low of 8.7% as falling coronavirus infections lead states to relax the lockdown curbs and monsoon rains cover some parts of the country.

Economists, however, said that the recovery is mainly due to easing of restrictions on operations in the informal sector as well as withdrawal of people from the workforce in the absence of decent jobs.

The urban unemployment dropped to 9.7% in the week ended June 13 against a monthly unemployment rate of 14.7% in May, according to data available with the Centre for Monitoring Indian Economy (CMIE).

India had a national unemployment rate of almost 12% in May, according to CMIE. The fresh joblessness is still higher than any of the monthly unemployment rates recorded between January and April when the rate hovered between 6.52% and 7.97%. To put things in perspective, a 7.97% unemployment rate in April erased some 7.35 million jobs, including 3.4 million salaried jobs.

The national unemployment rate had reached a record high of 23.52% in April 2020 during the national lockdown. It improved to 6.52% in January 2021, in line with an economic recovery. But the second wave delivered another hit to the jobs market in April and May. The two months, which were the biggest witness to the ferocity of the second wave of the pandemic, saw about 23 million job losses—both salaried and non-salaried.

Experts and economists said the gradual easing of Covid-related restrictions by several states has helped workers in the informal sector and small businessmen resume work. But the formal sector is still struggling and its recovery will hinge upon a revival in demand, return to optimal production at factories and a rebound in the economy.

“What has happened in the past week to 10 days is the arrival of the monsoon and gradual unlocking of some economic activities. The monsoon has very little impact on the urban labour market but in the rural market it may have aided cultivation activities which generally absorb a lot of people and more so during pandemic time even though their productivity is low,” said Arup Mitra, a professor of economics at Delhi University.

In the formal sector, the regular or permanent workers faced fewer problems during the second wave but temporary formal workers had to contend with job losses. “What is happening right now is these categories of workers have either gone back to rural homes or have withdrawn from the labour market due to lack of decent opportunities,” explained Mitra.