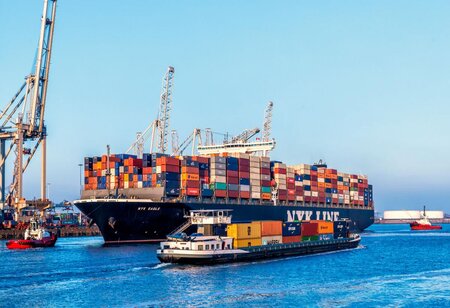 India’s merchandise export rose 15.46% on an annualised basis to $37.3 billion in May, 2022, but imports soared over 56% to $60.62 billion in the same period, leaving a trade deficit of $23.33 billion for the month when compared to $6.53 billion in May, 2021, according to the official data released on Thursday. The widening was mainly due to surging international oil prices.

India’s merchandise export in the first two months of the current fiscal year (April-May 2022) was worth $77.08 billion, a year-on-year increase of 22.26%. Imports during the same period jumped 42.35% to $120.81 billion, a commerce ministry statement said, citing provisional data.

According to the data, the high value of imports is mainly because of an about 92% jump in the cost of purchase of crude oil at $18.14 billion in May 2022 compared to $9.47 billion in May 2021. India imports 85% of crude oil and 55% of natural gas it consumes. Prices of both fuels surged because of sanctions against Russia by the US-led western nations after the Russian invasion of Ukraine in February this year.

Ajay Sahai, director general and chief executive of the Federation of Indian Export Organisations (FIEO) said that high imports are reflecting global inflationary pressure, mainly surging prices of energy—such as oil, gas and coal. “High gold import could lead to higher exports of gem and jewellery in coming months after value addition as the segment is one of the key export drivers for India,” he said. Year-on-year growth in exports of gem and jewellery in May 2022 was, however, 4.52% at $3.10 billion.

A senior government official aware of petroleum sector developments said private refiners are exporting petroleum products such as petrol and diesel because there is a huge global demand for transportation fuels. This person asked not to be named.