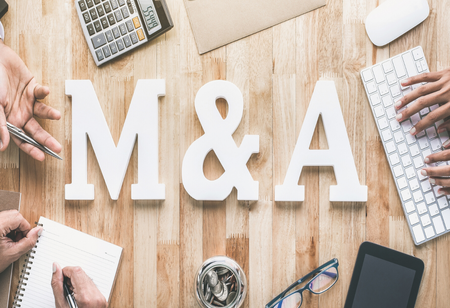 Running a successful company in the present day ultra-competitive corporate realm is no cake walk and most business owners realize this lesson the hard way. Some businesses even fail to get a foothold in the industry which results in bankruptcy or shutting down of the company. Over the last couple of years, things have been even harder for most businesses regardless of industry verticals owing to the covid19 pandemic and the resulting lockdowns and restrictions. While, 2021 brought in a new ray of hope with the roll out of vaccines and lifting of many government restrictions for most businesses, the ending of the year seems similar to that of 2020 with more questions than answers. In this situation, businesses have been looking at various options to survive the brunt of the adverse economic impact caused by the pandemic and to move forward.

In these unprecedented times, businesses opt for unconventional business strategies to ensure their survival and sustained growth in the industry. These strategies include Mergers and Acquisitions (M&A) as well and especially in 2021, there has been many M&As that have surprised many in the corporate realm for various reasons. As 2021 is coming to an end, this is the best time, to look at some of these M&As and how it happened. So, in this article, we will take a closer look at the Top 10 Mergers and Acquisitions of 2021.

In the later part of 2020, the GPU giant Nvidia announced a deal to acquire the British chip designer Arm in a 40 billion US dollar deal that came as a surprise for many in the IT industry.

Nvidia is aiming to completing the acquisition sometime early in the year 2022.

With that said, the deal has come under scrutiny from chipmaking giant Qualcomm, IT giants Microsoft and Google, as well as U.K. regulators – the latter saying the proposed acquisition might intervene on national security grounds.

“AI is the most powerful technology force of our time and has launched a new wave of computing,” said Jensen Huang, who is the founder and CEO of NVIDIA.

Industry leaders Salesforce have wrapped up their 27.7 billion US dollar acquisition of the collaboration vendor Slack on July 21st. This is putting the cloud application giant on a direct path of competition with fellow industry giant and rival Microsoft and its Teams software.

Salesforce had originally confirmed that the Slack acquisition deal which is the largest in the company’s history, in December 2020. After the acquisition, Slack will be turned into an operating unit operating under Salesforce which is led by current Slack CEO Stewart Butterfield and his management team.

"Stewart and his team has created a great platform in the enterprise software history”, said Marc Benioff, Chair and CEO, Salesforce.

Telecommunications giants AT&T and Verizon did make blockbuster acquisitions in the recent years with an aim towards expanding beyond their carrier businesses in order to become providers of digital content, media and advertising.

When it comes to recent times, the AT&T-Discovery deal holds a potential value of $43 billion for AT&T in cash, debt as well as WarnerMedia’s retention of certain debt. As part of the process, the AT&T stockholders received stock representing 71 percent of the new company. With that said, the deal still requires regulatory approval and the entire process is expected to be completed sometime around the middle of the year 2022.

“It is exciting to combine two historic brands under one roof and unlock more value and opportunity,” Zaslav said, adding that AT&T and Discovery’s assets “are better and more valuable together.”

In 2020 chipmaking giant AMD had started conversations FPGA maker Xilinx in order to buy the company for 35 billion US dollars in an all-stock deal.

One year down the line, the deal appears to be on track in order for it to be completed by the end of this year. This particular acquisition was also approved by the U.K.’s Competition and Markets Authority on June 29th which was followed by an approval from European Commission on June 30th. Even though, the U.S. regulators had already given their stamp of approval for the deal, there are certain facets that needed to be ironed out.

With the acquisition the chipmaker AMD, is aiming to expand their product portfolio to include reprogrammable chips called field-programmable gate arrays or FPGAs that will be primarily used in a wide array of telecom, network, edge as well as industrial devices.

Private equity company Symphony Technology Group (STG) has reached an agreement to finalize their deal in order to acquire McAfee’s for 4.0 billion US dollars.

This particular deal, will transform McAfee into a pure-play consumer cybersecurity business organization. At the same time, McAfee’s enterprise business will be revamped while its consumer business vertical will continue to operate under the same brand name.

Zee Entertainment Enterprises Limited (ZEEL) and Sony Pictures Networks India (SPNI), which are two of India’s biggest media conglomerates has begun plans for a massive merger. The Zee board of directors has approved the merger between the companies and the after the merger, there will potentially be a newly created company. And it will be one of the country’s largest and most sought after.

Industry giants Cisco Systems have acquired Acacia Communications, which is a Maynard, Mass.-based developer of high-speed optical interconnect technology. The deal was finalised on March 1st for 4.5 billion US dollars.

This particular acquisition has a vast history filled with turmoil and even not getting done in multiple times owing to an array of reasons.

Auth0 which is a rising customer identity and access management star was acquired by Okta in May for 6.5 billion US dollars.

Okta, is itself a leading developer of the identity and access management technology, acquired Auth0 with the primary motive of expanding its portfolio in order to address a broader set of identity use cases in the 55 billion US dollar identity market.

Even though Auth0 was acquired by Okta, the company will continue to operate as an independent business unit within Okta.

In what is considered to be one of the biggest cybersecurity acquisition deals ever, the private equity giant Thoma Bravo agreed to buy the prominent email security powerhouse Proofpoint for 12.3 billion US dollars.

Proofpoint, which is a company that is based in Sunnyvale, said that this particular acquisition will provide it with the flexibility as well as the needed resources to continue investing in the development of its technology.

“We are excited about this partnership and we want to protect organizations from the rising threats of cyberattacks,” said Seth Boro, a Managing Partner at Thoma Bravo.

In March, market leaders Tech Data and Synnex announced their 7.2 billion US dollar deal to merge and in doing so, create the world’s largest IT distributor that will have an annnual sales of 57 billion US dollars, 150,000 customers as well as 22,000 employees.

The newly formed company will be renamed as TD Synnex and it will be headed by Tech Data CEO Rich Hume.

“As a versatile distributor as well as solutions aggregator of the IT ecosystem, we are aiming to strengthen our entire portfolio of solutions as well as raise the bar when it comes to the value we deliver,” Hume said.