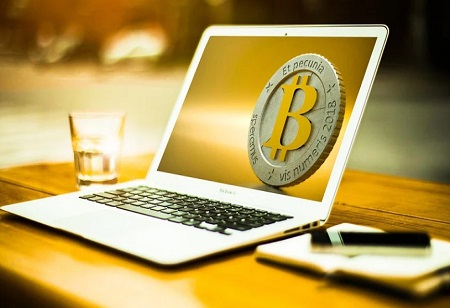 If you want to start investing in virtual currencies and bitcoins from now on, there are probably many people who do not know how to start and cannot take the first step. Below are the features that will give you useful tips and help you understand the pros of crypto trading.

The first feature of virtual currency is that it is a digital currency. Unlike fiat currencies such as yen and dollars, virtual currencies have no physical assets. It uses a technology called "blockchain" to record information about the exchange of money.

Virtual currency is just digital data, but it has the same value as money because it describes information about transactions. Digital data is different from physical goods, so it has advantages such as fast transfers and low fees, and is gradually becoming more common.

The second feature is that, unlike fiat currency, there is no central administrator, such as a country or a bank. Users are distributed and managed using blockchain.

Such a mechanism without a central administrator is called a "decentralized currency". Remember that it often appears in articles related to virtual currency.

The third feature is large price fluctuations. Virtual currency can be issued by anyone with the technology, and since there is no central control, value is determined only by trust.

Thus, the price fluctuates by more than tens of percent just because of currency updates and currency related news.

To use well-known manufacturers and services, including exchangers and wallets, you should find a world-renowned one

There are many global exchanges, but we recommend choosing a large one. Since everyone is very concerned about security when trading virtual currency, and this is a very new field that has not been tested by time, the selection scale is high. It is relatively safe to use only the best or even only use the best exchanges.

Newbies invest only in well-known virtual currencies, do not touch those that you have not heard of or do not understand

Avoid believing any offline or group promotion, virtual currency does not need to be advertised

As mentioned earlier, over-the-counter (OTC) transactions are the most vulnerable to fraud. They are mostly not traded on safe and regulated exchanges.

Just don't touch them and don't believe any ads because virtual currency doesn't need to be advertised.

Don't assume that anyone online is too happy to chat with you. After all, these people should be vigilant when they mention investments to you.

Don't feel relieved that there are many people discussing in the community group. Maybe the whole group is a fake head.

Advantages of Trading on the Stock Exchange

A number of advantages of a crypto trading platform can be identified. The main among them are the following:

Trading on the stock exchange is a process that can bring serious income even to novice traders. However, the higher the return, the greater the level of risk. It is important to treat stock trading with maximum responsibility. This is the only way to truly achieve success.