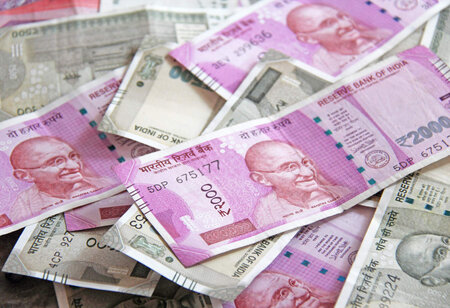 The government on Wednesday has said that total foreign direct investment (FDI) inflows into India in April rose 38% year-on-year at $6.24 billion while equity inflows from overseas at $4.44 billion were up 60%.

Mauritius was the top investing country with 24% of the FDI equity inflows followed by Singapore and Japan, and computer software & hardware emerged as the top sector, the commerce and industry ministry said in a statement. Total FDI comprises equity inflows, reinvested earnings and other capital.

“Measures taken by the government on the fronts of FDI policy reforms, investment facilitation and ease of doing business have resulted in increased FDI inflows into the country,” the ministry said.

Earlier this week, the United Nations Conference on Trade and Development (UNCTAD) said that India received $64 billion FDI in 2020, the fifth largest recipient of inflows in the world.

Karnataka was the top recipient state during the first month of FY22 with 31% share of the total FDI equity inflows, followed by Maharashtra (19%) and Delhi (15%), according to the data released by the government.

Computer software & hardware was the top recipient sector in April 2021 with around 24% share of the total FDI Equity inflow followed by services (23%) and education sector (8%) respectively.
The ministry said that these trends in India’s FDI are an endorsement of its status as a preferred investment destination amongst global investors.

FDI in India touched a record $81.72 billion in FY21, exceeding the previous fiscal’s level by 10%