The Provisional GST Compensation Due for April-November 2020 Stands at Over Rs 2.06 Lakh Crore 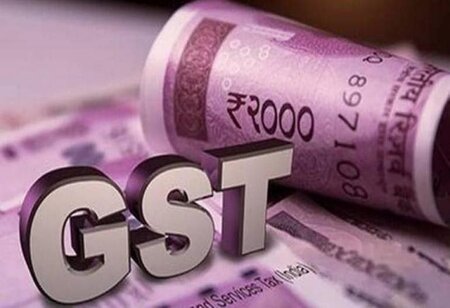 The Centre has released Rs 84,000 crore till date to states under the special borrowing window to meet GST shortfall, while the provisional GST compensation due for April-November 2020 stands at over Rs 2.06 lakh crore, Parliament was informed on Monday. Minister of State for Finance Anurag Singh Thakur, in a written reply in the Lok Sabha, said GST compensation of Rs 40,000 crore has been released to all states/Union Territories to meet partly the bi-monthly compensation for period April-May 2020 as the GST Compensation Fund was not adequate to meet the full compensation for the period.

The balance GST compensation for the period April-May 2020 and for the full period June-November''20 is pending to all states/UTs due to inadequate amount in the GST Compensation Fund during the current fiscal.

In order to meet the shortfall in GST Compensation to be paid to States, under the special window, Rs 1.1 lakh crore will be borrowed by Government of India in appropriate tranches.

"The amount so borrowed will be passed on the States as loan on back-to-back basis to help the States to meet the resource gap due to non-release of compensation due to inadequate balance in the Compensation Fund, Central Government has released 14 installments of Rs. 6000 crore each to the States," Thakur said.

In response to a separate question on whether the government has received complaints against persons and companies regarding issuance of fake invoices to get benefit of Input Tax Credit (ITC), Thakur said 3,852 fake invoice cases have been booked during July 2017 to December 2020. The quantum of ITC availed by fake invoicing cumulatively stood at Rs 35,620 crore, while 404 arrests have been made in this regard.