Role Of Technology In The Implementation Of GST 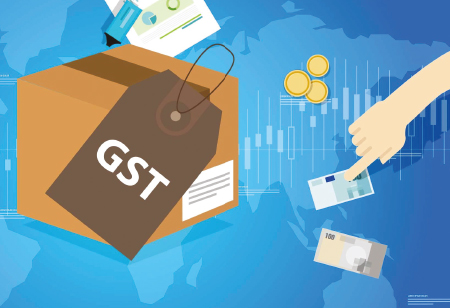 GST, a mega tectonic reform in the field of indirect taxation, was implemented 9 months ago, still, the functions in its technology vertical appear to be in the embryo stage. The provisions of GST law, the way in which the law is crafted, the forms that have been designed is superlative and it is getting smoothened with each GST Council Meeting which endeavors to make the law refined in a more pragmatic approach. The way in which the implementation of GST law has been envisioned is very much dependent on the technology.

All the key aspects starting from registration till filing of the return, raising of e-waybill, filing of the refund claim, etc. and the inter-tagging of all these aspects on the PAN India basis is totally dependent on the technology. GSTN is the IT Backbone of GST implementation in India, which handles the entire functions of GST on the common portal and is basically a gateway for more than 1 crore taxpayers. The portal is developed and maintained by the GST network. It is a Section 25, not for profit organization owned by the government and private players jointly. GSTN has been entrusted with the responsibility of building Indirect Taxation platform for GST to help the taxpayers to prepare, file returns and make payments of indirect tax liabilities. All the taxpayers need to file their GST return periodically at a single platform i.e. www.gst.gov.in.

In the previous indirect tax compliances regime the compliance was divides between the States and in some case by the Centre so, the load on the system was divided and hence the compliance was smooth. However with the unification of the platform it has been observed that GST common portal has faced friction in getting the returns filled. The key notion of

uploading of invoice details by the supplier in GSTR 1 and its corresponding acceptance, rejection, modification, etc. by the recipient in GSTR 2 was the major pain point for the taxpayers as the same include reconciliation of the purchase register and the purchases downloaded in form GSTR 2A before filing of GSTR 2 and final uploading of monthly/ quarterly GSTR 3. However, it can be observed that since the implementation of GST, both the returns i.e. GSTR 2 and GSTR 3 are not yet active and as an alternative summarized return GSTR 3B is being filed and payment is made.

To streamline the process the government has authorized the likes of Taxmann’s One Solution and a total of 68 other GSP’s (Goods and Service Suvidha Providers) who can help the users seamlessly file their returns straight to the GSTN network. It is interesting to note that Taxmann’s One Solution software is both an ASP (Area Suvidha Provider) and a GSP too. Being the ASP it helps in preparing all types of GST returns of unlimited GSTIN in much advanced and automatic manner whereas GSP function helps in quick uploading of unlimited invoices even on due dates in a seamless manner and helps in the filing of returns. Reconciliation of voluminous data is done on the click of the button as well as there is no interface of JSON conversion, download offline utility, etc. when using Taxmann’s One Solution software. Lately, it has been observed by the GST Council Meeting in its 26th meeting that there is a huge data variation between GSTR 1 and GSTR 3B which can be pain point at the later stage for the taxpayers.All these situations are being handled by the Taxmann One Solution GST Software which caters to reconcile the things and make the taxpayer cautious. The need of ASP and GSP is growing day-by-day due to the value additions that are being provided to make the GST  implementation a successful call in India.