India and UAE likely to finalise deal by next month; states Piyush Goyal 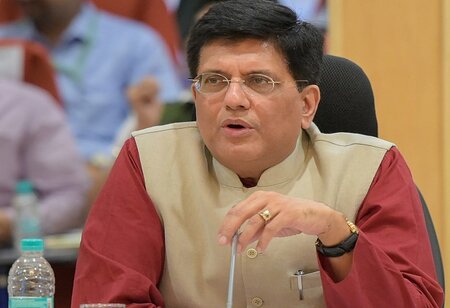 The Union commerce minister Piyush Goyal on Monday has said that trade negotiations between India and the United Arab Emirates (UAE) are at an advanced stage and the two partners are expected to wrap up a Comprehensive Economic Partnership Agreement (CEPA) by January 2022.

“Hopefully, by the end of this month or next month, we hope to conclude them [the negotiations] so that this would probably be one of the fastest trade agreement between two countries ever made,” he said at the India Global Forum UAE-2021.

On October 12, Hindustan Times reported about the government’s aggressive timelines for trade agreements with at least three countries — the UAE, the UK and Australia — by 2022 as part of its ambitious target of $500 billion exports by FY-23. The report said that a CEPA is expected to be formalised with the UAE by early 2022 followed by a free trade agreement (FTA) with the UK.

The negotiations with the UAE are on a fast track since the first round of talks that was held on September 23-24 in New Delhi during the visit of UAE minister of state for trade Thani bin Ahmed Al Zeyoudi, a government official said, asking not to be named.

During his India visit in September, Zeyoudi said the UAE is excited about the trade agreement with India, which will boost bilateral trade between both nations. “India is now the UAE’s second largest trading partner,” he said, adding that during the first half of 2021, the total volume of non-oil trade between the two countries reached $21 billion.

“The proposed trade agreement has blessings of the leaderships of the two countries and both sides are working to achieve this, which will complement the India-UAE strategic partnership,” the official quoted above said.

The agreement is expected to raise bilateral trade in goods to $100 billion and in services to $15 billion in five years. The UAE was India’s third largest trading partner with about $59.1 billion of bilateral trade in 2019-20, a largely non-Covid period.

The UAE has been an important trade ally of India for over five decades.

Speaking about India’s resilient economy and robust growth recovery, the commerce minister said: “We have been able to look at very attractive growth rates, - second quarter, that’s July-September, we grew at 8.4% which is one of the fastest growing growth rates in the world today...,” he said.