The Changing Face of the Indian Insurance Company 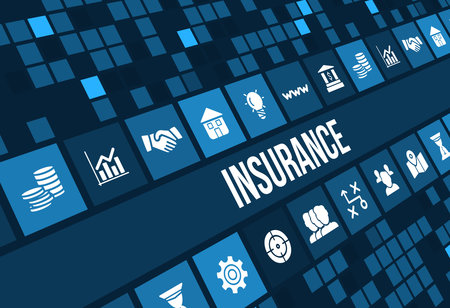 In 1818, the first insurance company was set up by a British company called Oriental Life Insurance followed by two other insurance companies -the Bombay Insurance Company and Madras Equitable Life Insurance Society. Though all these companies were operating from India they were only insuring the life of Europeans staying in India. And in 1905, the government declared the slogan “Be Indian-Buy Indian” which gave birth to dozens of native life insurance and provident fund companies and finally the first comprehensive “insurance act” was passed in 1938. Since then it allowed India to exploit its economic potential and raise the population’s standard of living.

The Indian insurance industry is constantly evolving in terms of products, reforms, innovation, and disruption. Being the oldest industries of modern civilization, the insurance sector is observing a tech revolution at a rapid pace. In India the insurance industry have undergone many changes, right from being fully government control to now the insurance companies are welcoming the new tech age like the artificial intelligence, machine learning, Internet of things(IoT), bots and analytics. Discussed below are some of the key considerations of how the latest developments have transformed the insurance sector.

The rise of the digital era

Digital, a small word with just seven letters, is the largest trend of today’s time and is reshaping and transforming each and every industrial sector including the insurance industry. The advent of Smartphone’s and tablets coupled up with advanced technologies like the Internet of things(IoT), artificial intelligence and bots are delivering a world-class experience to customers across various channels. The business in the insurance sector is completely redefined with the growing technology. With the help of the new tech –AI and bots, insurance providers are able to provide support to the customer, agents and other third parties in a more convenient way. And with the help of customer data being collected, the accuracy of the data is helping companies comprehend market dynamic better and more user-friendly products with simple premium choices.

It is now common to see insurance companies launching mobile apps for providing round the clock customer support and tools allowing for a better and faster meeting with the company. In addition, the acceptance of new tech has given rise to many new startups in the fintech space, some of which are Policy Bazaar; Paytm life insurance has already attained significant status.

The government is also playing a leading role in boosting the insurance industry. Some of the initiatives taken by the government are the National Health Protection Scheme under Ayushman Bharat to provide coverage of up to 500,000 rupees to more than 100 million families; Pradhan Mantri Jeevan Jyoti Bima Yojana provides life insurance policy of 200,000 rupees to the people who have no access to such services ; Pradhan Mantri Fasal Yojana benefited 47.9 million farmers in 2017-2018 ;Pradhan Mantri Suraksha Bima Yojana which provides an accidental death and disability cover and Rashtriya Swasthya Bima Yojana, are playing a big role in creating awareness and driving insurance penetration pan-India.

The future roadmap of insurance in India looks bright and exciting as the industry is pegged to touch $280 billion by 2020. The evolution of India's insurance sector holds great promise for both customers and units that function within the industry.