It is necessary to make the compliance simpler for the honest tax payers: Union Minister Piyush Goyal 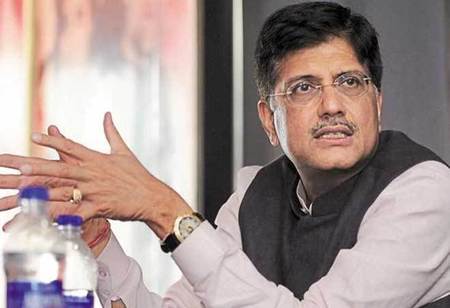 The Union Minister of Finance, Corporate Affairs, Railways and Coal, Piyush Goyal stressed on the simplification, transparency and use of latest technology in further easing and smoothening the tax filing process for the stakeholders on the Investiture Ceremony and International Customs Day 2019 in New Delhi. He said that it is necessary to make the compliance simpler for the honest tax payers and ensure best use of the money so collected through taxes for the benefit and welfare of the public at large. The Finance Minster, Goyal was speaking at an event to mark the occasion of Investiture Ceremony and International Customs Day 2019 organized by the Central Board of Indirect Taxes and Customs (CBIC) in New Delhi. Goyal further said that if all the stakeholders including the Government and the tax payers work together in a straight and ethical manner, there is no reason why India as a nation cannot achieve the rightful place in Comity of Nations.

He suggested that it would be better if the Department like CBIC and CBDT take collective decisions by taking new ideas from its Officers to improve the efficiency and image of the concerned Department. It would also make it easier for the CBIC/CBDT to achieve the image of a tax friendly organisation and they should have easy access to approach its officers for guidance. Both the Department and the tax payers should act as a partner to have a better tax compliance and to improve the overall image of the organisation.

The Finance Minister Piyush Goyal congratulated retired and serving officers and staff of Indian Customs on the eve of International Customs Day being celebrated across the world with the theme of SMART borders for seamless Trade, Travel and Transport. He said that as a result of efforts taken by CBIC, India’s rank in Trading Across Borders has jumped from 146 in 2018 to 80 in 2019. This has contributed significantly to India’s quantum jump in Ease of Doing Business rank from 130 in 2017 to 77 in 2019. The Finance Minister expressed confidence that with concerted efforts of the Department, India would further improve its position in these rankings.