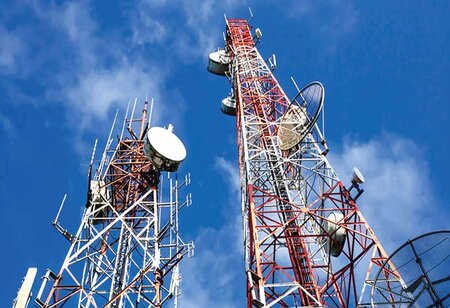 Telecom operators have asked Trai to reduce the reserve price for 5G spectrum by more than 90% for the upcoming auction, with no upfront payment and a 5-year moratorium. After the moratorium period, the amount of spectrum can be recovered over a period of 24 years. According to comments submitted to the Telecom Regulatory Authority of India (Trai), Vodafone Idea stated that the reserve price for the 3,300-3,670 Mhz band would have to be reduced by nearly 90% of the previous valuation basis, when a reserve price of Rs 492 crore/Mhz for pan-India spectrum was recommended. The pricing for the mmWave band (24.25 GHz to 28.5 GHz) should not be more than 1% of the pricing for 3,300-3,670 Mhz on a per Mhz basis.

The operators have highlighted that Trai’s past valuation methods (and assumptions therein) need to be relooked given the altered market realities including the health of industry and revenue generation ability. “Its previous approaches like the indexation of past prices, avoided cost method are not relevant due to the changing dynamics of the 5G era. It is no longer enough to augment additional capacity for the same traffic and avoid the cost,” Bharti Airtel said.

Further, the international experiences suggest that incremental revenue from 5G has been negligible, and unable to recover its incremental cost. Regarding the payment terms, Bharti Airtel and Vodafone Idea have suggested no upfront payment with a moratorium of six years while Reliance Jio has proposed a 10% upfront payment required to ensure telecom operators’ commitment, followed by a five-year moratorium in payments. While Vodafone has suggested 20 annual installments post the moratorium period with interest rate at RBI repo rate, Jio has called for 25 installments after the moratorium period with interest at RBI repo rate.

Bharti Airtel wants 24 installments after the moratorium with no interest.Regarding the spectrum caps, Airtel has proposed that the 50% cap in the sub-GHz band should be reduced to 35% while the overall cap of 35% should be continued with. Reliance Jio has submitted that in an effectively three-player market, the 35% cap is not suitable for promoting competition as this may lead to quasi-administrative allocation in some prized bands, therefore, it should be 50%.