5g Ecosystem to Change Everything! 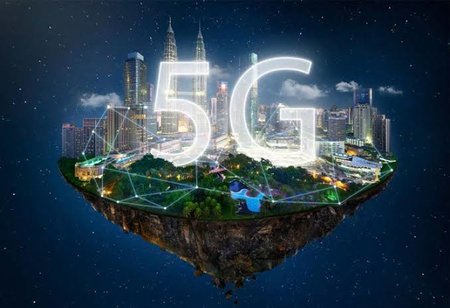 India is witnessing a great evolution in Technology and Internet past a decade. It all began with the 2nd generation network that is 2G in India, which helped us in connecting to others easily using mobile phones. Later, 3G networks were launched that created a platform with large use of applications and software, with increase in the speed of internet people could download applications and many more things using their cell phones. It also created hype in the usage of communication applications such as Facebook, Whatsapp, Instagram, Snapchat and many more. The present working cellular network is 4G, which is considered to have highest internet speed. In the year 2020, India is ready to launch 5g cellular network. Compared to the present network 5g will be carrying ten times faster data, it is expected to offer a peak data speed of 1 Gbps, which is 900% faster than 4g. For example, it takes seven minutes to download a 5GB file with the speed of 100mbps in 4g network, nevertheless, using 5g network we can download any file up to 5GB in 40 seconds with the speed of 1gbps.

5g will offer a smart infrastructure with lower cost and instant access. The 5g network is estimated to create an economic impact of $1 trillion in India by 2035. Adding to this global telecom industry GSMA forecasted that India will have about 920 million 5g subscribers by 2025. India will remain the second-largest telecom industry in the world with almost 1 billion devices after China.

Airtel and Huawei, BSNL and Nokia, Jio and Samsung have already laid the foundation for 5g networks by conducting successful trials in 2018. India is setting stage to greet 5g network in 2020, the Government of India has planned to auction the spectrum in which total of 8,644 MHz spectrum will be put on sale, with the estimated price of about 4.9 lakh crore. The top telecom network companies such as Jio, Airtel and Vodafone have given an approximate budget required in setting up 5g networks, the companies Bharti Airtel and Vodafone Idea are spending around $10 billion Capex each over next five years. Whereas, Reliance Jio is estimated lesser budget around $8 billion Capex as the company is already with the 5g fiberized towers and has already spent around $2 billion on tower fiberisation. The cell phone companies are already on its way in launching 5g enabled mobiles as it is expected that 5g network services will hit the market by mid-2020.

5g can play a vital role in turning the dream of India into reality, Digital India an initiative by the Government of India in empowering the digital platform and infrastructure and internet connectivity of the country.

Firstly, the speed of the internet increases by 900% and as mentioned above this plan will stand as a backbone to the Digital India initiative. The government plans such as smart cities, smart use of renewable energies can be achieved with ease. By using 5g networks digital infrastructure can be manufactured which can be used in establishing smart cities, adding to this can also be used in manufacturing industries in developing smart devices that will provide smart lifestyle to humans. A 5g cellular network also enhances the education sector by improving education tools with digitalization of smart classes and laboratories. Other than these sectors 5g will also offer services in energy utilization, by using electricity as a prime resource to lessen the population density.

India is becoming one of the earliest adopters of 5g ecosystem. Along with Indian government the major telecom companies have joined together in developing the country and making it digitalized.