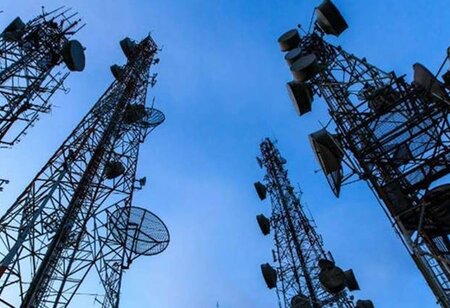 The Department of Telecommunications (DoT) has received several objections regarding the domestic telecom equipment manufacturers and trade bodies over the past 10 days for changing the definition of locally sourced products, which qualify for public procurement, sources said.

In separate letters to Telecom Minister Ashwini Vaishnaw, the DoT, and the Department for Promotion of Industry and Internal Trade (DPIIT) Secretary, the Telecom Equipment Manufacturers Association of India (Tema) has said the DoT’s move to classify even imported telecom products as local for public procurement purposes was “retrograde” and would hurt the government’s ‘Make in India’ policy.

The move, Tema said in its letter to Vaishnaw, would permit 100 per cent import from China and other countries and make them eligible for public procurement preference “by simply assembling without even having 0.1 per cent of local components and without any emphasis on R&D, design development or IPR”.

On August 31, the DoT issued a list of 25 telecom products, such as satellite phones, optical fibre and cables, ethernet switches, and optical fibre, which it said would qualify as local products even if they used imported components for domestic manufacturing.

The new notification, which is in supersession of August 2018 notification, says some of the products, even if brought to India in completely knocked down stage would be considered local and be eligible to be used in works of public sector companies. The DoT’s move, executives said, would hurt local companies which had been “aggressively planning expansion” owing to Make in India and preference planned for domestic firms.

“These products and services are now not required to comply with the Telecommunication Engineering Center (TEC)’s general and interface requirements. It pits the likes of Nokia, Cisco, and Ericsson against small domestic companies, who have spent so much time and energy for R&D and design so that their products meet Indian TEC standards,” a telecom equipment maker said.
Industry executives have also questioned the rationale behind the decision, asking how the DoT decided that the domestic capacity and capability of these products disappeared since 2018, when the initial notification was issued.

“There were 63 products which were brought in the list after due consultation from all trade bodies, domestic and foreign companies. This time the list has been brought down to 25, without any consultation from us,” another industry executive said.

The Telecom Equipment and Services Export Promotion Council (Tepc), which also has government nominated members, has also written to the DoT Secretary, arguing the policy would encourage “multi-national companies” to “inflate the prices of the imported parts, components to achieve the requisite level of ‘local contents’ of their telecom products”.