24 percent Increase in the Number of Manufacturers that Record Greater Production: FICCII 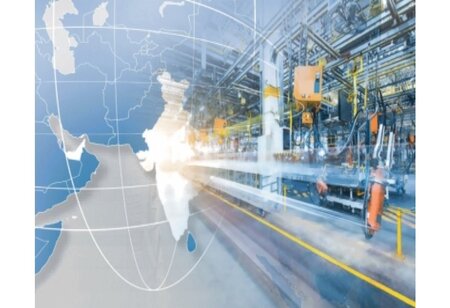 Despite the dampened hiring outlook for the market, India's manufacturing sector is likely to recover in the July-September quarter, says the latest quarterly manufacturing survey by industry body FICCI. The survey forecasts that the manufacturing sector will rebound in the second quarter ending in September relative to the previous quarter, with the percentage of respondents reporting higher output rising. During July-September, the proportion of respondents reporting higher performance increased to 24 per cent compared with 10 per cent in the previous quarter.

The hiring outlook for the sector however, although improving slightly, is expected to continue being dormant as 80 per cent of the respondents mentioned that they are not likely to hire additional workforce in the next three months. “This presents slightly improved situation in the hiring scenario as compared to the previous quarter Q-1 of 2020-21, where 85 percent of the respondents were not in favor of hiring additional workforce,” FICCI said.

In addition, the average interest rate charged by producers has decreased to 9.2 percent per annum from 9.4 percent per annum in the last quarter, and 12.5 percent is stated to be the highest rate. As reported by 55 percent of the respondents, the recent cuts in the repo rate by the RBI have not led to a consequential reduction in the lending rate, the survey found. It covered large areas of production importance, such as exports, capacity utilisation, ongoing constraints, labor/workforce availability and others. There are signs of operations in many of these areas limping back to normal and improved results could be expected in the coming months.

The survey assessed the sentiments of manufacturers for July-September 2020-21 for 12 major sectors namely automotive, capital goods, cement and ceramics, chemicals, fertilizers and pharmaceuticals, electronics & electricals, leather and footwear, medical devices, metal & metal products, paper products, textiles, textile machinery, and miscellaneous. Responses were drawn from over 300 manufacturing units from both large and SME segments with a combined annual turnover of around Rs 3 lakh crore. The survey showed that overall capacity utilization in manufacturing has risen to 65 per cent as compared to 61.5 per cent in Q4 2019-20.