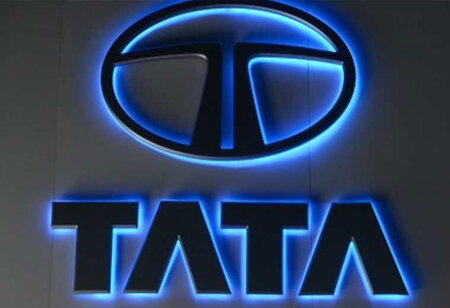 The Gujarat government on Monday has said that it has signed an agreement with Tata Passenger Electric Mobility Limited (TPEML), a subsidiary of Tata Motors Ltd, and Ford India Private Limited (FIPL), for the potential acquisition of FIPL’s vehicle manufacturing facility at Sanand.

The US carmaker’s Sanand facility provides direct employment to 3,043 people and an estimated 20,000 others get indirect employment, according to a state government statement.

“The employment of 25,000 will be affected if the closure of this plant is allowed. Also, the component manufacturing units in the area will be adversely impacted due to the shutdown. The proposed transfer is keeping in view these concerns,” said a government official.

In September 2021, Ford in India announced it will restructure its operations with plans to significantly expand its Chennai-based Ford Business Solutions team and bring to market some of Ford’s iconic global vehicles and electrified SUVs while ceasing vehicle manufacturing in India.

As part of the plan, Ford India announced it will wind up vehicle assembly in Sanand by the fourth quarter of 2021 and vehicle and engine manufacturing in Chennai by the second quarter of 2022.

“Tata Motors has a strong presence in Gujarat for more than a decade with its own manufacturing facility at Sanand. This MoU further reinforces our commitment to the state by creating more employment and business opportunities. Rising customer preference for passenger and electric vehicles made by Tata Motors has led to a multi-fold growth for the company over the past few years. This potential transaction will support expansion of capacity, thus securing future growth and opportunity to further strengthen our position in the passenger and electric vehicles space,” Shailesh Chandra, Managing Director, Tata Motors Passenger Vehicles Limited and Tata Passenger Electric Mobility Limited said in a statement.

In line with the dream of Prime Minister Narendra Modi during his tenure as Gujarat chief minister to make the state an auto hub under the Industrial Policy-2009, the Gujarat government announced assistance for mega/innovative projects. The state government entered into a state support agreement (SSA) with Ford Motors in 2011 under this scheme.

“A formal proposal has been made to acquire the operation of Ford company’s plant at Sanand by TPEML. The proposed acquisition will also address the issue of unemployment among Ford India’s Sanand plant workers and provide employment opportunities to locals,” according to a Gujarat government statement.

Ford Motors acquired 460 acres of land at Sanand for an estimated ₹4,000 crore that included a vehicle assembly plant (350 acres) and an engine manufacturing factory (110 acres).