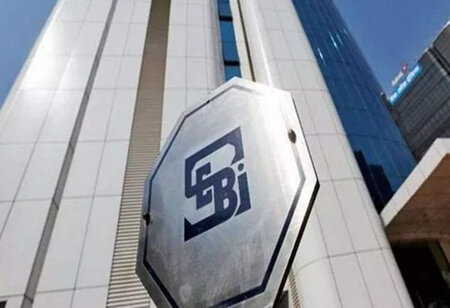 The Securities Appellate Tribunal (SAT) has given partial relief to the Franklin Templeton AMC on the Securities and Exchange Board of India’s order, asking the fund house to disgorge Rs 512 crore and restraining it from launching new debt schemes.

In an interim order, the tribunal cut the amount to be disgorged to Rs 250 crore, saying Rs 512 crore was excessive, and asked FT to deposit Rs 250 crore in an escrow account.

SAT also stayed the order that restrained FT from offering new debt schemes and allowed the fund house to launch them. The tribunal will next hear the matter on August 30, when it is scheduled to pass its final order in the case after hearing both the parties.

“We were informed that the direction to refund the investment management and advisory fees was the gross figure and did not take into consideration the expenses incurred by the appellant in managing the schemes. The contention raised by the parties will be considered at the stage of final hearing,” SAT said in the order.

“We are of the opinion that since 21 debt schemes are still being managed by the appellant and no complaint of these schemes have come to the fore the mere fact that the appellants have chosen to wind up six schemes does not mean that they should be debarred from launching any new debt schemes,” SAT said. Consequently, the direction in the impugned order restraining the appellant from launching any new debt schemes for a period of two years should remain stayed during the pendency of the appeal, the tribunal said.

“We find that the appellant has been in this business for more than two decades and some of the schemes have been in existence for more than ten years. No complaints whatsoever have come on record to indicate the poor management of the schemes by the appellant,” SAT said. “The direction to deposit Rs 512.50 crore appears to be excessive at this stage. Considering the direction to refund Rs 512.50 crore and pay a penalty of Rs 5 crore, we direct that the appellant should deposit a sum of Rs 250 crore in an escrow account within three weeks from today which shall be subject to the result of the appeal,” it said.

On June 7, Sebi barred Franklin Templeton AMC from launching any new debt scheme for two years, and asked it to disgorge Rs 512.5 crore for violation in connection with the shutting down of six debt schemes last year. It has also imposed a penalty of Rs 5 crore on the AMC. The regulator said that Franklin Templeton Mutual Fund has violated the provisions of the Mutual Funds Regulations and also certain Sebi circulars. In a separate order, the regulator also banned Vivek Kudva, head of Asia Pacific at Franklin, and his wife Roopa Kudva from accessing the securities market for one year.