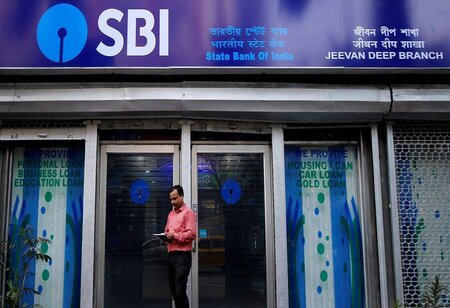 India’s economy is likely to grow at over 9.5 percent during 2021-22, the country’s largest lender State Bank of India said in that its latest Ecowrap research report on Wednesday. It has also projected inflation-adjusted gross domestic product (GDP), or real growth, to be nearly 10%.

Growth in Asia’s third-largest economy clocked 8.4% in the second quarter of the current fiscal year, data released by the National Statistical Office on Tuesday showed, beating expectations. During the April-June quarter, the economy expanded 20.1%.

A Bloomberg poll of economists expected growth to be 8.1% for the second quarter. In its October meeting, the Reserve Bank of India’s monetary policy committee projected September quarter growth to be 7.9%.

“We now expect GDP growth for FY22 to top 9.5%, the Reserve Bank of India’s forecast. We believe that the real GDP growth would now be higher than the RBI’s estimate of 9.5%, assuming the RBI growth numbers for Q3 and Q4 to be sacrosanct,” Soumya Kanti Ghosh, group chief economic adviser of the country’s largest lender said in the report.

Sector-wise data show that ‘Trade, Hotels, Transport, Communication & Services related to Broadcasting’ were still the most affected sectors of the economy, which need to recoup real losses of ₹2.6 lakh crore, the report said. It should take one more quarter to make good these losses.

Reporting the latest quarterly growth numbers, the HT said on Tuesday that most analysts saw the Indian economy growing 9.5% in the year to March 2022, in line with estimates by the central bank in its October monetary policy review.

The SBI research report noted that new investment announcements in the current year “looks encouraging” at nearly ₹8.6 lakh crore so far in the last seven months of FY22 (around ₹11 trillion reported in last year).