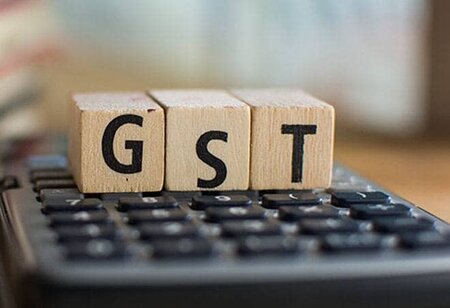 In what indicates that the pick-up in economic activity has been sustained after a series of localised lockdowns during the Covid-19 second wave, the gross Goods and Services Tax (GST) collections in the month of August (for sales in July) crossed the Rs 1 lakh crore mark.

The August collections at Rs 1,12,020 crore were 29.6 per cent higher than in August 2020. In the last 11 months, GST collections have consistently remained over Rs 1 lakh crore, except in June (for sales in May). The second wave was also the most brutal in April-May.

The GST revenue in August is, however, 3.76 per cent lower than the Rs 1.16 lakh crore mop-up in July. This sequential decline has left some economists concerned. Acknowledging the healthy collections, Aditi Nayar, Chief Economist, ICRA, said, “The dip in the GST collections has belied the healthy improvement in the GST e-way bills to a daily average of 2.1 million in July 2021 from 1.8 million in June 2021, which was reflective of the lifting of restrictions especially across the southern states.”

The Finance Ministry maintained that GST revenues were likely to remain robust in the coming months too. Pointing out that collections topped Rs 1 lakh crore both in July and August, it said the economy was recovering at a fast pace. “Coupled with economic growth, anti-evasion activities, especially action against fake billers, have also been contributing to the enhanced GST collections,” it said.

The pickup in economic activity in July was visible in the GST revenue in manufacturing states and volume of e-way bills, which are mandatory for inter-state transportation of goods valued over Rs 50,000. These have remained steady in August as well.

In July, e-way bill generation had increased to 6.41 crore from 5.46 crore in June and 4 crore in May. It has remained more-or-less steady at 6.33 crore in August. Daily average e-way bills stood at around 21.1 lakh, about 2 per cent higher than July.

Gross GST revenue, which represents revenue for both the states and the Centre, rose over 30 per cent in manufacturing states. GST revenue collected in Maharashtra increased by 31 per cent year-on-year, while Tamil Nadu and Karnataka posted a growth of 35 per cent each.

“What is heartening to see is that manufacturing states such as Maharashtra, Karnataka and Tamil Nadu have shown an increase of over 30 per cent as compared to last year, which is a sure shot sign of economic recovery,” Rajat Bose, Partner, Shardul Amarchand Mangaldas & Co, said.

On Tuesday, GDP numbers released by the government showed a record high 20.1 per cent growth rate in April-June compared with the corresponding year in 2020-21. While it was largely because of a low base, it came despite the brutal second wave of the pandemic. Data related to certain high frequency indicators such as power generation, fuel consumption and railway freight for April-May also indicates that rebound has been faster after the second wave than the first.