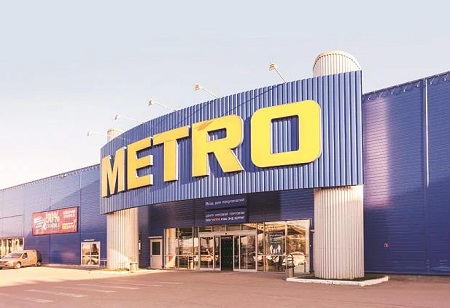 The balance is tilted in favour of Reliance as of now since Metro wants a quick exit and does not want any regulatory hurdle which could come up in the case of a foreign buyer. The due diligence of Metro will begin now and the deal is likely to be completed in the next 3-4 months, they said.

Valuations may be subdued, under $1 billion, if Reliance Retail clinches the deal. "Valuations will be lower than what Metro initially expected due to macro-economic situation, impact on FMCG sales due to inflation, and poor market sentiments," said a person aware of the development, requesting anonymity.

Three final contenders are likely to submit their final bids soon since their operations in India have synergies with Metro Cash and Carry, another person aware of the development said. "Reliance may be the frontrunner since it will be able to receive statutory clearances for the deal without much scrutiny as it is an Indian entity," the person said.

However, there has often been resistance from political parties and lobby groups to foreign investments in any kind of retail business. Some trade lobbies have even written to the government that a few global wholesalers have been flouting FDI norms in the country by selling to consumers directly.

India's retail policy does not allow foreign companies to sell multi-brand goods directly to consumers because the government fears it will negatively impact kirana shops.

In the initial round, as per an earlier report, multiple companies including Swiggy and PremjiInvest had also shown interest to acquire Metro Cash and Carry India. A report said that Metro is reviewing its India business and eventual exit due to the need for higher investment to compete against Reliance, Udaan and Amazon.

Reliance Retail is India's largest retailer. It has been focussing on B2B wholesale business as part of its strategy to rope in kiranas and smaller stores into its ecommerce network. Metro's acquisition will help Reliance to drive consolidation in the space, considering the German wholesaler is its biggest rival with an offline store presence. Reliance will get under its fold 31 large stores, some of which are in prime locations, which would help it to expand its warehouse space.

CP Group already operates three wholesale stores in India called Lots Wholesale Solutions and an ecommerce platform. The company had set up operations in 2017. According to its website, the company wants to set up 15 stores in the next three years. The acquisition will help the group scale up operations in India at a fast pace. Lightspeed Venture Partners is the largest shareholder of online B2B marketplace Udaan with a 40% stake. It also has investments in Byju's, Oyo and ShareChat.